Scottish musician SWYM has premiered his debut single and video, “Up To You” via tastemaker publications Music Week and The Skinny respectively. The single is set for release on the 13th October and is the first to be lifted from his debut EP titled “Your Distraction”, mastered by Nick Watson (Deep Purple, Coldplay, Fleetwood Mac) at Fluid Mastering, London.

On Swym’s debut EP, Younes had this to say: “It wasn’t really meant to be a concept record. The songs were chosen from about 30 that I’d recorded and it was just at the end when I noticed there was a bit of a theme running through the whole thing. I was writing a lot about the different bubbles that people live in and the way we distract ourselves from the harsh realities of the world. It’s about things like apathy, indulgence, consumerism, social echo chambers… things we use as distractions. I didn’t want to make it sound too dark so there’s a fair bit of tongue in cheek in the lyrics and producing the songs myself meant it could have that playful, naive sound too.” 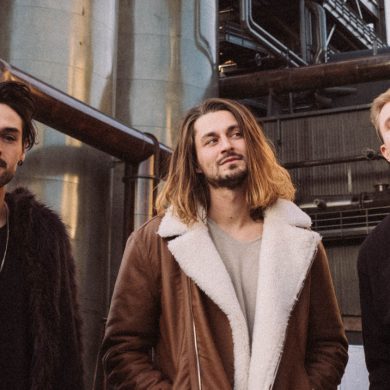