Soulitaire {One Of Many Parts}

Hot off the back of his latest release, “New Breed”, Soulitaire is ready for round two with “One Of Many Parts”, the next track to be lifted from his upcoming LP (10th November) via Violet Noise Records. “New Breed” received recent support from fashion and music UK publication Noctis Mag and Amazing Radio’s Charlie Ashcroft’s Show and delivered Soulitaire’s velvet-esque voice alongside his jazzy guitar sound and the optimism and enthusiasm for which the artist is quickly becoming renowned for. The Austrian singer-songwriter has taken the lead from native established and up and coming artists such as Falco, SOHN, LEYYA, HUNGER and many others. The current in vogue music scene and prominent festivals in the country have not only inspired Martin Rotheneder to start from scratch with Soulitaire at age of 36, after years of work with past projects, but also boosted his own confidence to develop his unique sound, guitar playing technique and songwriting.
New single ‘One Of Many Parts’ could be best described as a sincere vow of harmony; an ambitious message of unity or a wake up call drenched in inspiration. Crisp acoustic guitars are strummed and struck against a heartbeat-centered drum pattern, as Rotheneder’s velvet-esque voice fills the air as autumn turns to winter.

Of the single ‘One Of Many Parts’, Soulitaire had this to say: “It’s true what they say in the “About a Boy” movie, that no man is an island. Say we’re all connected and what one does will have an effect on others. This will mean we have a huge responsibility with every action we take. It means we’re “one of many parts” and in that much more powerful than we might believe ourselves to be.” 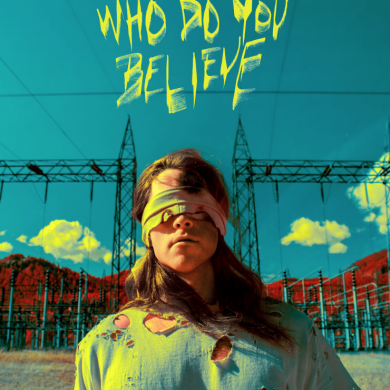 Big Wild releases psychedelic music video, ‘Who Do You Believe’