‘Waiting For’ is the new single by Austrian songstress AVEC, taken off her debut album What If We Never Forget.

The album was produced by Lukas Hillebrand and Alexander Pohn (Vera, Elke, Tyler, Julian Le Play), and will be released via Earcandy Recordings. AVEC has graced the stages of Reeperbahn Festival 2016 with the likes of Biffy Clyro and Get Well Soon, Vilar de Mouros Festival in Portugal with Primal Scream, Morcheeba and The Dandy Warhols, and opened for Zucchero at Burg Clam in her native Austria.

On January 19th 2018, AVEC is scheduled to perform at Eurosonic Noorderslag Festival in Groningen, The Netherlands alongside artists such as Rone, Sigrid, Högni, Husky Loops, AU/RA and many, many more.

On ‘Waiting For’, AVEC invites listeners to crawl close to her words, allowing them to slowly come into focus. She crafts a sturdy melody with a pleasantly hazy foreground, while soaking her music in her own surroundings and experiences.

AVEC explains the song,“I wrote the song ‘Waiting For’ during a car ride with my best friend. The clouds were impressive that day and we were driving right into the sunset – it was such a pretty atmosphere. It reminded me that our entire human journey through life is somehow about waiting. It’s a constant condition – we’re all kind of waiting for something or someone, and this can sometimes be really depressing and disappointing.”

What If We Never Forget  Tracklist: 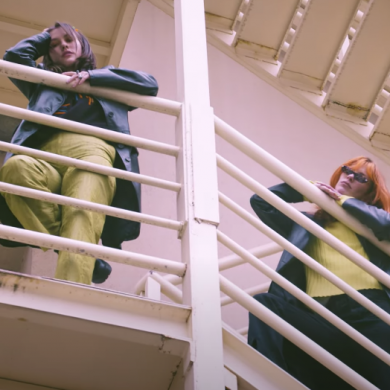