French electronic producer Molécule has shared his new single ‘Violence’ via Because Music accompanied by a music video directed by acclaimed indie videographer and visual artist Morgan Beringer (The Rolling Stones, Ghostly International, National Geographic) which has been premiered by Red Bull Music. Upon returning after a five-week journey across the North Atlantic Ocean, Roman Delahaye, aka Molécule has produced an entrancing concept album, embarking on a life-changing, perception-altering expedition to capture the frigid flow of the Arctic Circle. The profound effect that both sides of this dangerous and desolate expedition had on Delahaye could be best understood in the official music video for the track ‘Sila’, portraying the mystical beauty of nature, alongside the darker aspects of humankind and human fate. Also head of independent Parisian label Mille Feuilles, Molécule has worked with prominent labels in the past such as Sounds Around, Aktarus, Underdog Records and Play It Again Sam, respectively, and has released numerous remixes, singles, EPs and seven full-length LPs, including an eighth on the way. In 2018, Molécule is scheduled to perform at Eurosonic Noorderslag Festival in Groningen, The Netherlands alongside artists such as Rone, Sigrid, Högni, Husky Loops, AU/RA and many, many more.

Following the success of previous concept effort aptly titled 60°43’Nord (Delahaye’s highest position in the Ocean – 143 miles off the coast of Scotland), lasting 34 consecutive days, with no stops, aboard a 300-foot colossal shipping vessel deemed Joseph Roty II, with nothing but his ‘electro-survival-kit’ consisting of six keyboards, two guitars, three mics, seven effects pedals, a computer, a mixer, speakers and a beat box – to play, record and mix an album amidst the unforgiving icy ocean. In 2015, 60°43’Nord was released as a collector’s vinyl by Pedro Winter’s label, Ed Banger.

Influenced by nature, isolation and human existence, Molécule’s music could be best comparable to electronic and experimental techno artists such as the swelling atmospheres of Kevin Gorman, the sawtooth pulsing of German producer Helena Hauff and the investigative experiments conducted by Silent Harbour, thrown into a cohesive blender to form Delahaye’s deeply constructed signature tone.

Soulitaire {One Of Many Parts}

The latest single by Molécule titled ‘Violence’ is a dizzying voyage through the frosted tundra; deep, acidic synthesizers bleep and blink atop complex percussive patterns, corrosive pad sounds rise and fall like glassy, breathless avalanches in a hazy delirium of chaos across the arctic, reminding us that survival instinct, the habit of sled-hunting, tracking and death are everyday facts of life. The effects of the mass consumption that characterizes our culture, though invisible, and increasingly destructive, should be much more outrageous to our sensibility. The official music video for ‘Violence’ was directed by Morgan Beringer whose work has been featured by fashion meets music publication NOWNESS, who captured the shivering essence and hallucinatory atmosphere surrounding the track’s significance.

Molécule explains the inspiration behind his latest release, “I did not return completely unscathed from my intense trip to Greenland. While in our modern society of mass consumption slaughterhouses are almost hidden, the Inuit culture allows these visions, these images can be shocking but testify of a consumption culture under control with almost no waste. “ 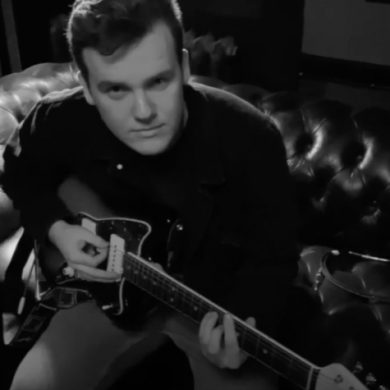