Table Scraps {Sick of me}

Today, Midlands three-piece Table Scraps have released their new video for ‘Sick Of Me’ which premiered at The Skinny where it was described as having “a real retro sensibility and 60s garage rock’n’roll feel about it.”
“We wanted to shoot a video based around a horrible day at a fun fair,” bassist and vocalist TJ has said, “ending in fake puke that we would green screen over in post [production], and planned to shoot it the afternoon before a gig in Brighton. We ended up not managing to get down to the pier in time before the gig that day so had to shoot it the morning after partying all night. Needless to say, no acting was required and we actually *did* have the worst day at the pier thanks to being hung-over, tired, and Scott actually throwing up off the pier.”
The single is taken from their upcoming album ‘Autonomy’ which premiered previously at DIY. The track was described by DIY as a “bop-able slab of garage rock that invites you to shake a leg as well as hurl yourself in the pit”. Their upcoming LP is due out via Zen Ten on February 23rd. Table Scraps have also announced a handful of dates touring the UK in February and March in 2018 after supporting the likes of the Black Lips and Swedish Death Candy this autumn.

FEBRUARY
23rd – Foodhall, Sheffield
28th – Shacklewell Arms, London
MARCH
1st – 60MPC, Bournemouth
2nd – Hare & Hounds, Birmingham
3rd – The Trap, Bristol
Table Scraps hail from Birmingham, UK and create black-hearted garage punk which fully embraces the good, the bad and the ugly of rock’n’roll’s twisted lineage and various mutations. The band’s entire output is produced by themselves in-house and their no-compromise approach, having spawned a string of well-received 7” singles and an LP, extends to perfecting their chaotic and reverb-drenched live shows.
The trio have more than held their own alongside Fat White Family, IDLES and Yak, as well as being hand-picked to open for The Stranglers, Buzzcocks and The Gories. Joe Talbot, frontman of IDLES was so impressed by the band that he recently span ‘My Obsession’ whilst sitting in for Steve Lamacq’s BBC 6 Music Recommends show. Huw Stephens followed suit and also played the track a week later on Radio 1. They are now pleased to announce the new single ‘Sick Of Me’, which has already been highlighted by the likes of Tom Ravenscroft on BBC 6 Music as well as John Kennedy on Radio X.
Instantly converting anyone straying into the band’s path, Table Scraps have been featured regularly on US and UK TV (Audience Network, Channel 4, Viceland​) and their single ‘Electricity’​ has also been selected for an upcoming campaign with Adidas. Table Scraps continue to play by their own rules and will release ‘Autonomy’ on February 23rd via Zen Ten.
Table Scraps are:
Scott Vincent Abbott – Guitar & Vox
Poppy Twist – Drums & Vox
TJ – Bass & Vox

Watch ‘Sick of me’ below. 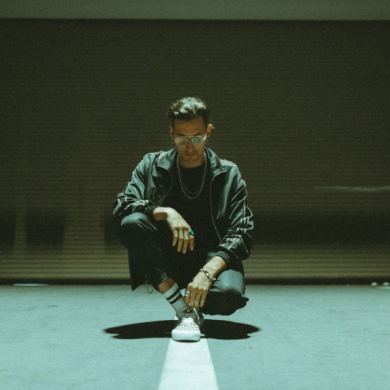