Indoctrination, vocal synths and beer; we had a chat with electronic pop duo UHURU. 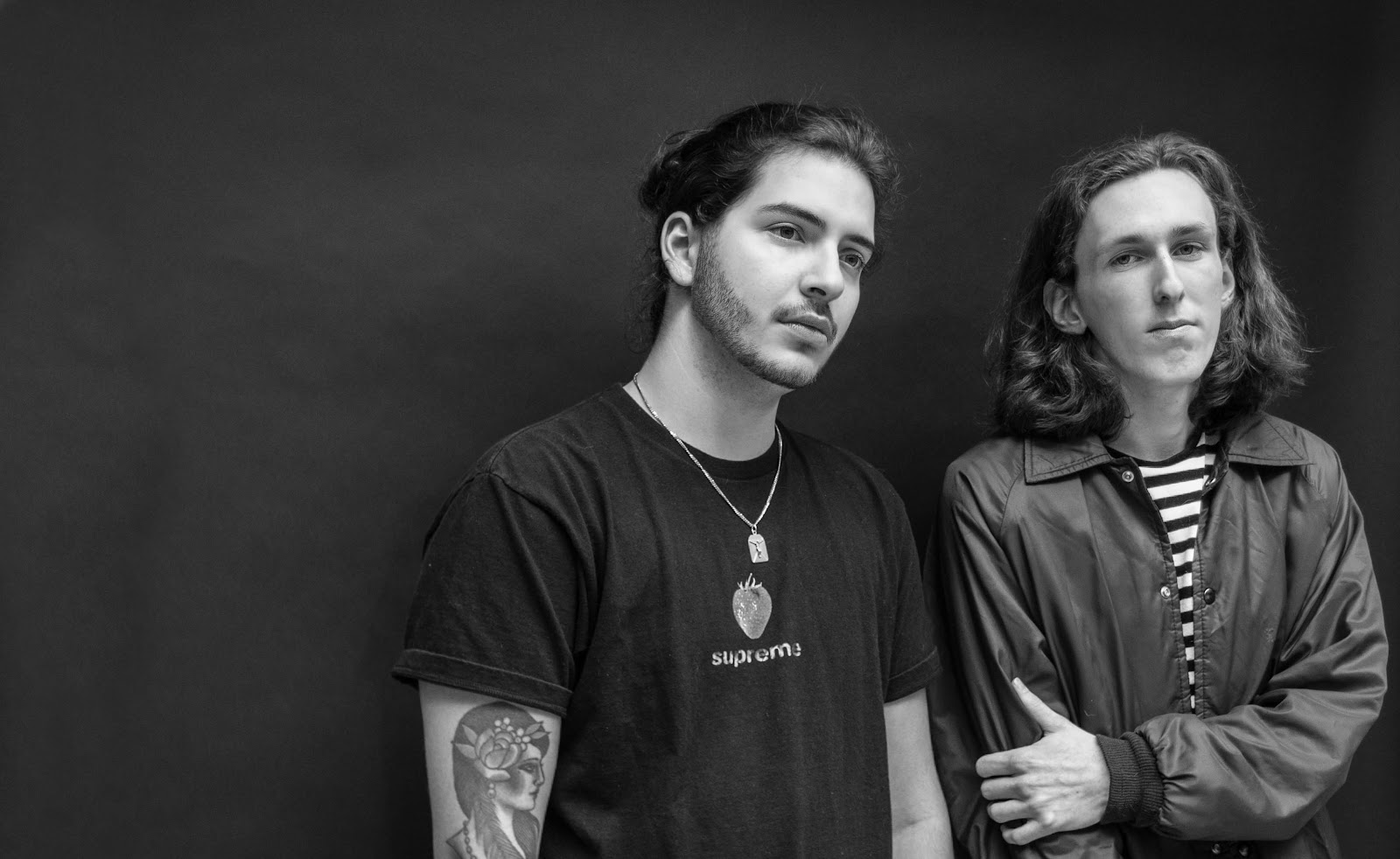 Freedom. It’s a concept music has always been fascinated by.
If you ever want to feel truly free, then simply take a listen to electronic duo UHURU. “Uhuru” is a Swahili word that means freedom. This group has been staking their claim as a pop-force that’s hard to ignore as the UK group unleash banger after banger after banger.

Their latest single ‘Riddle’ has an anthemic sound to it; making it easy to imagine scores of people jumping up and down at stadiums the world over. Where UHURU differs from other pop acts, is that they are more than pop. The electronic element in their music is evident as each beat demands your body to bounce along and each synth chord directs your hips to move.


Listen to their latest single ‘Riddle’ here:
We had a chat with the rising stars of UHURU.

Set the tone for us. Why the arts?
Rob: I’m not entirely sure, for me it was just something I’ve always been drawn to. It’s a bit of an outlet for me when I’m stressed and stuff.
Connor: I’ve kind of been indoctrinated into music. There’s three generations before me that were all into music so it pretty much runs through my blood so I’m very happy about that.

Which comes first when you’re producing – the sound or the idea?
Connor: I normally always start with chords on an electric piano so I guess that’s the idea coming before the sound. It’s never too long before the keys turn into synth though.

Does your material feature any collaborations?
Connor: Not yet actually. We’d love to get a rapper on a tune one day though.

What’s on your current playlist?
Rob: I’m listening to a lot of Kali Uchis’ new album; all the tracks are really different it’s a great album.
Connor: SG Lewis is killing it at the moment. His bass lines and disco influence in his current material is literally perfect for this hot weather.

Tell us about the chemistry you have with your fans on stage.
Rob: Nothings better than when you’ve got a crowd behind you, we love it. Nothing better. 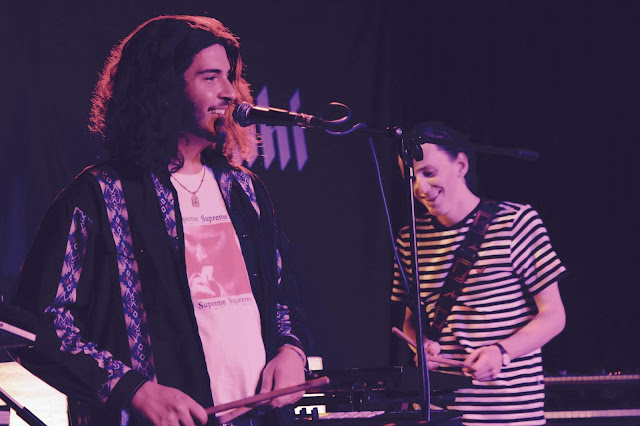 What techniques do you experiment with to get your original sound?
Connor: I sample my own voice in almost every track. No two voices in the world are the same so I find that’s pretty much the most original aspect you can put into productions. I just love seeing how far it can go too, getting to the point where my voice sounds like a lead synth is always fun.

Take us through a day in the recording studio.
Connor: It honestly changes all the time. I have millions of song concepts on my phone that I’d want to write about and a million more melody ideas in my voice notes app. A lot of the time though, I’ll be halfway through a production and a melody will hit me or vice versa.

Was there a specific moment in your life where you thought, “this is what I want to do”?
Rob: For me it was after the bigger gigs we did early on, I’ve always loved the idea of just being on tour indefinitely and yeah after those shows, I just want to do that everyday.
Connor: Yeah I agree. It’s the shows you remember for a long time that make me want to do this forever. 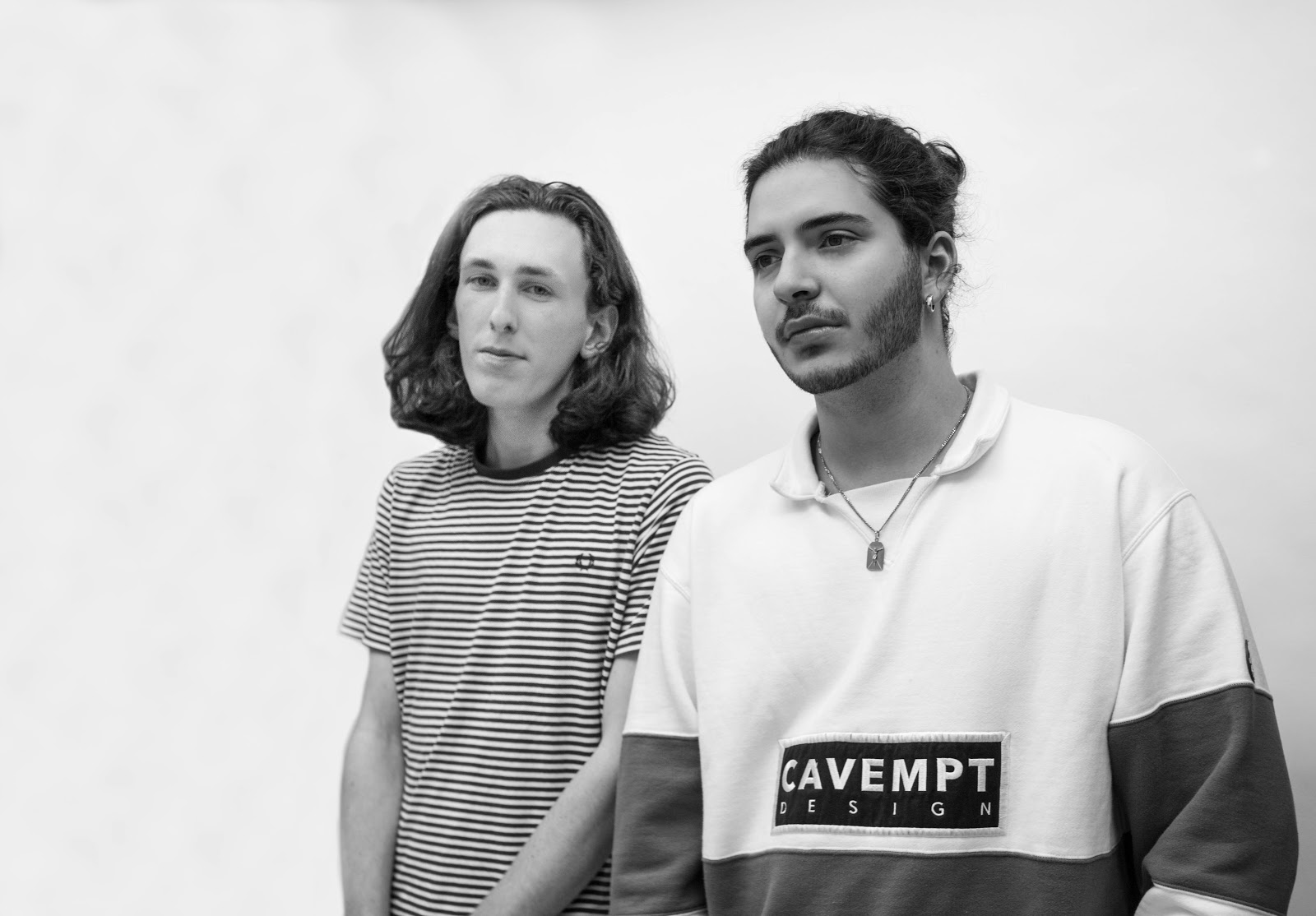 What do you keep close by while you’re playing a set?
Rob: A beer.
Connor: Water for my voice… then a beer.

Any emerging artists on your radar?
Rob: I’m really into a band called Bad Sounds, they put out their first album the other day and it’s great. They’re a band I really want to see live this year.
Connor: Zach Said. I’m in love with the guys writing style, it’s so blunt and honest. His producers are crazy good too – lot’s of gospel chord progressions played by synth and really tight percussion ideas.

What gets your creative juices flowing?
Connor: Listening to my favourite artists. I both love and hate hearing sounds that make me think “how have they made that”… then the digging starts.

Take us through your collection of gear, tech or software that accompanies your creative expression.
Connor: I work pretty much inside the box. That’s not because I don’t want hardware gear – I just don’t have the space (or funds) for a Roland Juno, Jupiter and a Dave Smith Prophet just yet! I have some great emulation software though, the Arturia collection is amazing and I use the Prophet library a lot. I also think you’d struggle to find a track that hasn’t got synths from ‘Diva’ by U-he included too (the Jupiter synth brasses in Diva are unreal!).

Any side projects you’re working on?
Rob: I’m always working away on some more guitar-based things, while Connor is off writing for UHURU. God knows if I’ll ever release anything but I’d like to at some point.
Connor: All my time is pretty much taken up by writing/producing for UHURU but every so often I like to step away from Pop production and just make some super weird and heavy trap influenced stuff for a laugh.

How have you refined your craft since you entered the industry?
Rob: I think tweaking and thinking about our live set is something we pay a lot of attention to, its come a long way from where it started and its still evolving.

Breakdown the news for us: what can we expect from you this year?
Connor: We’re about to release ‘Riddle’, our second single from a four-track E.P that’ll be out in the coming months. It’s been ages since we’ve dropped music so that’s super exciting.
Rob: We’re always pretty busy on the gigging front as well so hopefully we should be playing in a city near you at some point this year – come through for a beer and a 2 step.