Californian rising star CLAY drops bright and quirky video for her single that has a fresh take on US politics, ‘orange’ 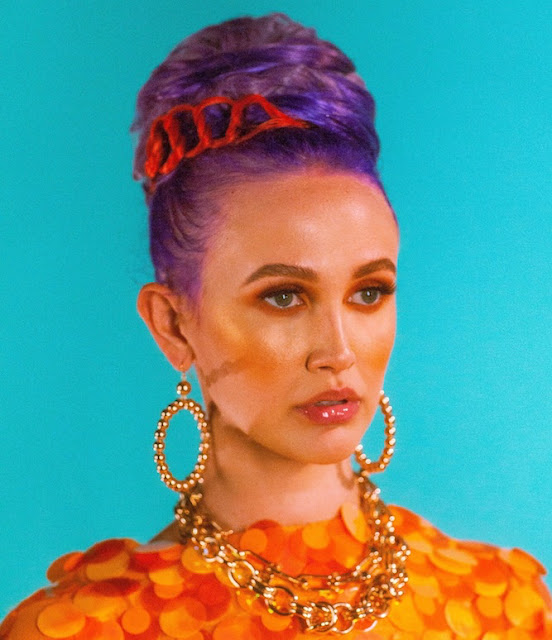 Over the last year, CLAY has released two singles, both which scream high-energy, infectious pop hit. Now based in Los Angeles, CLAY has just dropped a new video for her track ‘orange’. At first listen, one may think that the single is merely a colour-soaked break-up song, but with a further hearing, it’ll bring a smile to any anti-Trump listener that she is taking a stab at the controversial POTUS, who has often been roasted for looking like an orange Cheeto.

Directed by multidisciplinary artist Kanya Iwana, the music video for ‘orange’ is perfectly simple but simultaneous extremely visually stimulating, with CLAY donning all manner of bright orange attire, set against cool-coloured backdrops, making the artist pop in her surroundings.

On her new visual release, CLAY comments, “I absolutely love my creative team, the inception of the video, like most of my recent creative endeavours, started with Kanya, Danna and I. Kanya and I really built the concept from the ground up, with help from Danna along the way. The three of us worked on my last video as well and I love the flow, respect, trust, we have built together. They see me, all of me and are not afraid of taking risks and allowing/encouraging CLAY to grow and play and become larger than life.”

“This was the first video where I really feel like I was able to be myself, all the silly faces and the dynamics that I make on a daily basis. Sarcasm, satire and seriousness all mixed into one and visually represented.”

Check out the fun new video for CLAY’s ‘orange’, here: