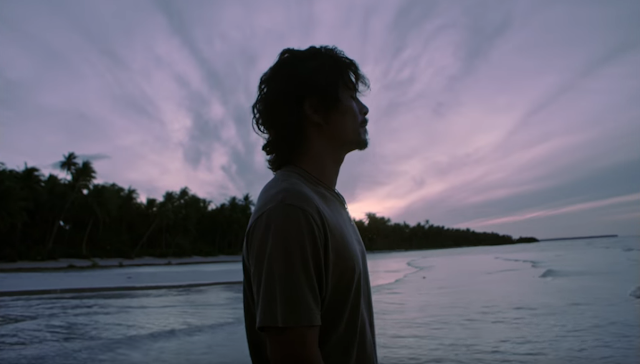 Multi-talented Russian, producer, composer and vocalist Tim Aminov has just shared a brand new video for his touching single, ‘Veneno’. Aminov’s previous music video release, for his track ‘Orpheus’, was met with great success, bagging a nomination for Best Music Video at the London Festival London Short Series. The musician’s newest video release has also been met with acclaim, and can be considered a triumphant set of visuals that matches the mood of ‘Veneno’ perfectly; melancholic, but hopeful.

Shot on location at Siargao Island, the music video is one that is likely to leave the viewer with a lump in their throat. The storyline follows the tale of a lost Filipino child, but is so much more than that. The way that the video has been filmed creates layers of symbolism and meaning, often with beautifully contrasting scenes following each other, leading the viewer through the life of the protagonist, blending his past and present together with exquisite cinematography.

Filmed by Latvian rising star director Andzej Gavriss (Cardel Entertainment, Greatguns, Hype Pro), ‘Veneno’s music video is filled with strikingly beautiful scenes of the Philippines, which alone can take the viewer’s breath away. Local Filipinos were involved as actors for the piece and the main role was played by pro-surfer Manuel Melindo, who gives an impressive performance, drawing viewers in with his longing eyes and expressive moods.