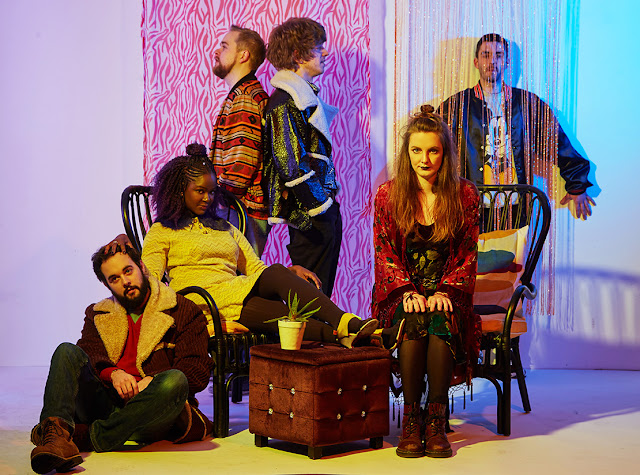 Irish experimental neo-soul quintet Shookrah share their latest single, “Flex” to impressive expectations. Released on November 30th via Broken Records, the latest single follows their last creative venture “Don’t Wanna Doubt You”, which shook (see what I did there?) the scene, gaining Shookrah extensive support from the likes of tastemakers Afropunk, CLASH Mag, Wonderland Magazine, JOE.ie, Irish Examiner, GoldenPlec and The Irish Times, earning the collective airplay on radio shows such as BBC Ulster’s Across The Line. Reputable news source, The Irish Times have since deemed Shookrah, “Best Irish Act of 2017” as well as “50 People to Watch in 2018”, while GoldenPlec previously placed the band in their ‘Plec Picks’ for 2016, furthering their soon to be illustrious career.

Shookrah currently all reside in Cork, Ireland, this eclectic collective originate from a variety of different cities and countries, including Dublin, South Africa and more. To date the band have had the pleasure of performing headline shows at Quarter Block Party, Wigwam and K-Fest, and have gone on to support iconic and influential musicians such as Billy Ocean and Theo Katzman (Vulfpeck) on their Irish-based tours, respectively.

“Flex” by Shookrah is certainly one wild ride; a progressive, electric mix of many styles and genres poured out into emotive, conceptual pieces that speak to your very soul. Kicking off with RnB/Soul-esque stirs, the track soon explodes into an immersive pop-rock chorus before gradually weaving in elements of funk, electro and indie slams. The engulfing atmosphere is enough to blast Shookrah into the cosmos, with vocalist Senita Appiakorang’s irresistible vocal presentation, it’s hard not to imagine such imagery. “Flex” was recorded with Brendan Fennessy (O Emperor), mixed by Michael Heffernan, produced by Emmet O’Riabhaigh and Diarmait Mac Cárthaigh of Shookrah, and mastered by the prolific April Golden giving it that ‘golden’ touch (I did it again!), and strikingly addictive nature.

Stream “Flex” by Shookrah below –

This is a customizable subscription pop-up to sign up your visitors to your newsletter
More Stories
Frequency Cowboy {Win Some, Lose Some}