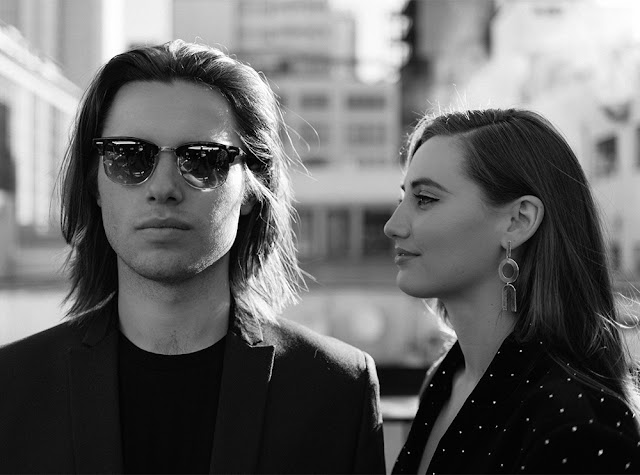 Enter EMERGER – Cape Town’s latest enthralling alt-pop duo, consisting of musicians and artists Emma de Goede on vocals/piano, and producer/multi-instrumentalist Gerrit Matthee. The pair have recently released their wonderfully ecstatic, debut synth-pop-driven and beat-infused palate titled Bloom in May via Echolydian. Their intoxicatingly refreshing debut single “Break & Fall” was selected as part of as Apple Music South Africa’s New Artist Spotlight for the month of July, and the album was mastered at London’s iconic Abbey Road Studios propelling the duo further down the rabbit hole, eventually gaining support from local stations such as MFM, TuksFM, PukFM, Bok Radio, Bush Radio and SmileFM, as well as being featured on BBC6 Introducing on the Tom Robinson Show.

Currently in studio, EMERGER are now working on a Break & Fall (Versions) EP, as well as a few new singles, and performance prep that will all be revealed in early 2019. Catch EMERGER perform live on January 18th for their live launch at The Raptor Room and on January 30th live at Café Roux in Cape Town. (Event details can be found here via Facebook)

We caught up with EMERGER on writing in isolation, working with legendary producers, and of course, their latest album ‘Bloom’ out now:

For anyone foreign to EMERGER’s bright, intertwining immersion, how would you personally describe the music you create?

We would describe our music as alternative-pop, with elements of dreamy, synth-driven melodies, cinematic progressions, powerful pop vocals, and punchy beats. Sometimes we write songs that are up-tempo and more electronic (“Break & Fall”, “Hindsight”), while others are more organic and raw (“Prelude for You”, “Urban Wilderness”). Ultimately, there is a lot of layers and nuances to our music, but we think it’s our strong sense of melody and harmony; Gerrit’s detailed production style and Emma’s beautifully unique voice really define EMERGER’s sound.

Your latest refreshingly intoxicating (mini) album Bloom was released in back in May via Echolydian. Could you detail this recording process and how it may have differed to previous studio sessions?

Bloom will always feel extra special to us for so many reasons. It’s our very first release and we’re really proud of the fact that (with the exception of “Break & Fall”) all the music was written, recorded and produced entirely by us. We dreamt of releasing an album together for so long, so to finally commit to the project after finishing our studies, and to make it happen was a dream come true. In January 2017, we went on a two month writing trip to a beautiful coastal South African town, called De Kelders. It was the first time we went on a dedicated writing trip and it definitely paid off. Being out of the city, we could really get into a creative flow. Here, we got a deeper understanding of what it was we wanted to write about. We returned home with what ended up being the core material of Bloom, which we then spent the latter part of 2017 recording and producing in Gerrit’s recording studio. We initially didn’t think we’d self-produce the majority of the album – we thought we might just make our own demos and then go to other producers for the final recordings. But it was extremely liberating to making it happen by ourselves. The first song we recorded was “Urban Wilderness”. We took the track to David Langemann for mixing and when we heard what he could do with our own recordings and productions, we were super keen to record and produce the rest!


Could you describe Cape Town’s live music scene for us? Is there anything you you would like to see change, or rather improve within your industry? What are your experiences or thoughts on touring as a South African alt-pop duo?

The South African music scene is a vibrant, diverse and growing industry. We do, however, wish there were more music venues and festivals for alternative artists to perform at. Also, our artists often struggle to find international opportunities. We think it’s not because of a lack of world-class talent, but because the gap between South Africa and the rest of the world often seems very big and far away, even in the age of the internet. We truly hope that we can get to a point where South African artists are more frequently recognised overseas.

Your music is certainly not easily defined to one constraint; EMERGER fuses together dream-like alternative hooks driven by pure pop sophistication polished to perfection, club-conscious yet easily paired in a chill setting. Where do you the both of you like to seek inspiration from when writing or producing music?

Our inspiration really comes from all sorts of different places – from art and film, to nature and travels. We feel pretty lucky to live in one of the most beautiful cities in the world, so a lot of our inspiration naturally comes from home and our scenic surroundings. We write about experiences that make us feel nostalgic, our fears and uncertainties about the future and we also draw inspiration from past and personal stories. From a musical standpoint, we get really inspired when we dabble in experimenting with new sounds in the studio. Pretty often it leads to getting in the “flow” and that’s when the magic happens.

Speaking of perfection – what was it like to work with some of South Africa’s most renowned producers, as well as having your music make its way to London’s highly famed Abbey Road studios?

We are constantly trying to improve our songwriting and production skills, so to have the opportunity to observe other producers do what they do best, is always inspiring and an amazing learning experience. During the recording and mixing process, everyone was just so excited about the songs and the idea of EMERGER as a new project – so, it ended up being a beautifully collaborative and creative time. Mastering the album at Abbey Road Studios was of course just the cherry on top. Nothing truly compares to hearing your music come together in such an epic environment. Sitting in the exact same mastering suite where so many legendary records were mastered, and hearing our own productions being processed by the exact same gear featured on Pink Floyd, The Beatles and Radiohead recordings was surreal, to say the least. It’s something we’ll never forget!

Your debut single, “Break & Fall” (which was a winner of the Avid and Abbey Road Studios International Song Contest, picked from nearly 5000 international entries) is an epic, energetic and atmospheric delight. Could you give us some insight into the meaning, or inspiration for this particular piece?

There’s quite a lot of history behind “Break & Fall”. We started writing it back when we were still in high school. I remember the first idea for the song was a beautiful piano riff that Gerrit recorded on his phone, and he played it to me after school one day. He initially fleshed the song out into a rock ballad, after which I then took the music and wrote the first lyrics that came to mind. It turned out to be about being stuck in a relationship and realising you’re finally ready to let go. Since then the song has been reimagined many times, but the version that made it on to the album definitely ties in to the sound we wanted to create. Because the song had gone through so many metamorphoses we decided some fresh ears on the track would be needed. Johnny de Ridder was keen to help give the song a more ‘electro-pop’ and ‘commercial’ flavour, without taking away from the song’s essence.


If EMERGER could collaborate with any artist of any medium on the planet, who would it be, and why?

We’ve been very much inspired by many artists, like Kimbra, Kevin Parker (Tame Impala), Paul Meany (Mutemath) and Mark Foster (Foster the People), to name a few. All four of them are incredible producers and songwriters and it would be a dream to collaborate with any of them. Their songs are refreshingly unique and they seem to have strong artistic visions. We just love their music!

What does the future hold for EMERGER, and what will 2019 bring?

Reflecting back on 2018, it’s truly been a very rewarding year. Launching EMERGER and releasing Bloom was a longtime dream. We’re incredibly proud of what we created and are so happy with how it’s been received so far. But, we have so much more music that we can’t wait to finish.
In 2019 we want to do a lot more! Playing shows and releasing new music is at the top of the list. We’ve been having a lot of fun in studio working on a couple of new releases (one that may or may not involve an 80’s inspired remix). We’re also very keen to pair our music with striking visuals, so we’re very excited about some video projects in the pipeline!

Order Bloom by EMERGER via iTunes 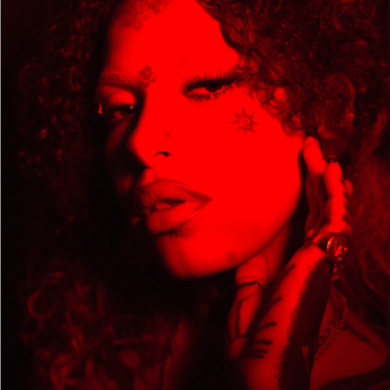