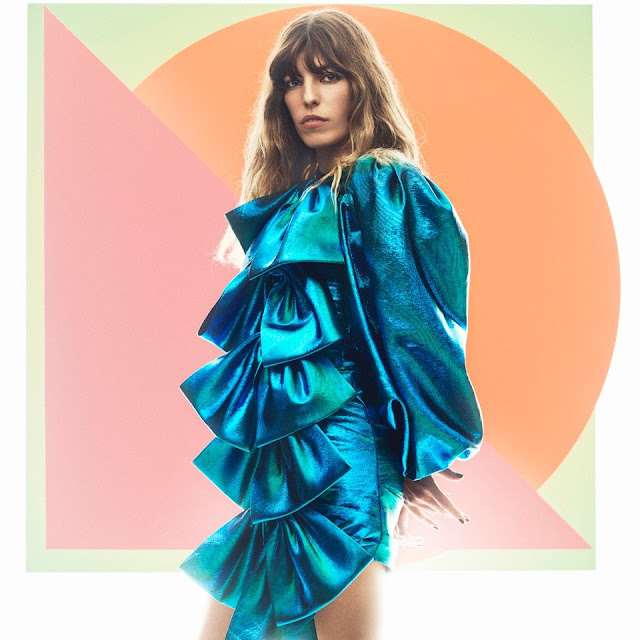 Lou Doillon has announced details for her new album, ‘Soliloquy’, which will be released in February 2019 via Wrasse Records. The follow-up to 2016’s Victoires de la Musique-nominated, Gold-selling album Lay Low, ‘Soliloquy’ features production credits including Cat Power’s Chan Marshall and The Dø’s Dan Levy. Doillon is today airing the new video for the first single to arrive from the album, ‘Burn’.

‘Soliloquy’ marks a new way of working from Doillon on her third album. Inspired by the laissez-faire approach of Timber Timbre’s Taylor Kirk across Lay Low, Doillon deliberately sought out the skills of 4 various co-producers to enrich her raw and uncompromising song-writing.

Speaking about the making of ‘Soliloquy’, Doillon says; “I had a desire to be more upfront. Working with different people in different studios and with the different energies has brought something richer than when I worked with one producer. Extremes. I made the link between them.”

Co-produced by Doillon alongside Benjamin Lebeau of French electro band The Shoes, and recorded overnight in sessions at a disused Warehouse in Lou’s home city of Paris, new single ‘Burn’ explores a compulsive, moth-to-the-flame attraction.

Lou – daughter of Jane Birkin & French film director Jacques Doillon, and sister to Charlotte Gainsbourg – came comparatively late to music. Already established as an in-demand film & theatre actor, and also a gifted artist, Doillon was well into her twenties before she sung in public for the first time. More than making up for lost time, Lou’s 2012 debut solo album, Places, won her the Best Female gong at the Victoires, going on to sell over 350,000 copies worldwide.

This is a customizable subscription pop-up to sign up your visitors to your newsletter
More Stories
CAEZAR shares neon-lit lyric video for hit, ‘Hold On’