Slothrust share the Willy Beaman Remix of track, ‘Double Down’ 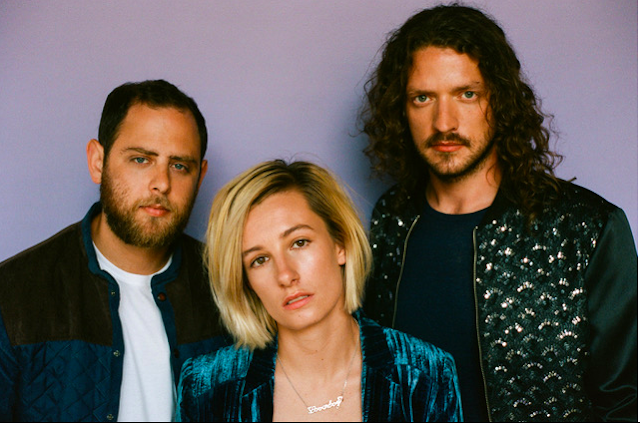 Clash has shared a new remix of Slothrust’s single “Double Down” by mixer Willy Beaman. The band is preparing to embark on their first-ever headline tour of the UK and Europe, and has announced more US tour dates and three summer festivals. Check out the bands latest list of dates below.

Slothrust is principal songwriter, guitar player and unrepentant aesthete Leah Wellbaum, with drummer Will Gorin and bassist Kyle Bann. On their fourth full-length album The Pact, Slothrust constructs a luscious, ethereal cosmos perforated with wormy portals and magic wardrobes, demonstrating more clearly than ever the band’s deft shaping of contrasting sonic elements to forge a muscular sound that’s uniquely their own.

Bizarre and mundane, tender and confident. The awkward duality of the forever outsider, rightly reclaimed as power. This is The Pact. Produced and engineered by Billy Bush in Los Angeles (the band’s new home base), Slothrust’s new album is a cerebral trip across 12 songs that oscillate between a quietly reflective tenderness and a slick, sleek confidence; balancing playful innocence with ballsy swagger.  “This is the most fun I’ve ever had making a record,” Wellbaum confirms. “We were able to take risks. I’m saying yes more than no these days.”

‘Double Down’ commands without cawing for attention – A lurching rock song with a subversive pop hook, ripped with screeching distortion that gives way to the chorus, an irreverent, emphatically cool takedown of all doubters.