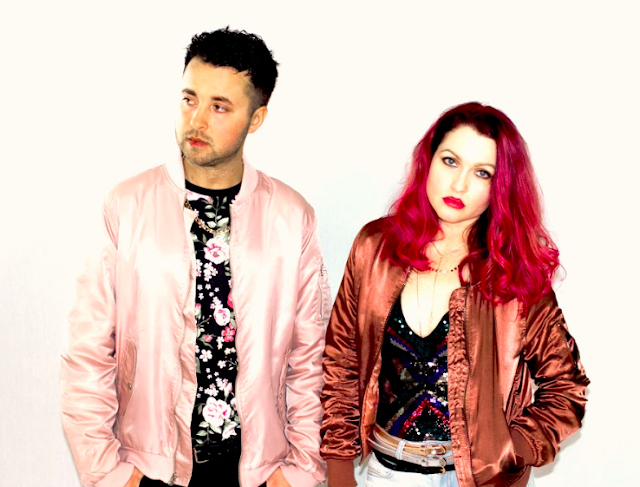 Hooked Like Helen have just shared their new single ‘No Turning Back.’ The alt-pop duo will be dropping their upcoming EP, Tragedy Of Physics on 17th May via Stipp Manor Music.   Co-produced alongside Grammy award-winning mixer, engineer and producer Isha Erskine (Ziggy Marley, Maroon 5, Black Eyed Peas) the EP also features vocals by NBC‘s The Voice contestant, Emily Keener.

Nikki and Jon Stipp live a peaceful, creative existence in the woods of Milan, 40 miles west of Ohio’s major city, Cleveland. Their home-recording studio is the birthing place of their experimental recordings and musical musings – where Hooked Like Helen first came into fruition.

The duo make an interesting pair, with Nikki citing influences along the lines of Prince, Mariah Carey and Michael Jackson, while Jon admits that he’d rather rock out to Guns and Roses or The Smashing Pumpkins. This merging of styles is quickly apparent in HLH‘s sound. A fusion of pop, rock, and R&B as well as the merging of classic and current songwriting structures, are defining characteristics.

‘No Turning Back’ is an upbeat, fast-paced number, with pleasant synthy elements. Nikki’s vocals sit on the forefront, and the track conjures images of youthful joie de vivre. There’s a feeling that this is the beginning of something great for the pair, and one can’t help but get caught up in the optimism.

Speaking of the track, Hooked Like Helen said: “We were approached by Michael Damian (director of High Strung: Free Dance) to write a song for his film’s trailer. We were very inspired by the story of the movie, and its themes of artistic passion, ambition and hope. As a band in this exciting stage of our career, we felt instantly connected with the characters and sentiments of the film; the tune came together over a weekend!”