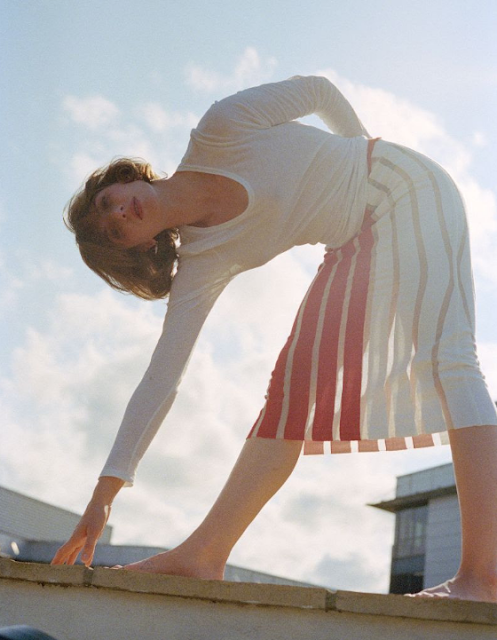 Today, Aldous Harding shares a new song and video for ‘Fixture Picture’ from her forthcoming third album Designer, out on April 26. Co-directed by Aldous Harding and Jack Whiteley, the video’s suspenseful opening scene finds Harding strumming her guitar on the white cliffs of Dover. The pay-off comes later with a dramatic and enigmatic live performance by Harding and her band inspired by Alejandro Jodorowsky.

Aldous Harding’s third album Designer finds the New Zealander hitting her creative stride. After the sleeper success of Party (internationally lauded and crowned Rough Trade Shops’ Album of 2017), Harding came off a 200-date tour last summer and went straight into the studio with a collection of songs written on the road. Reuniting with John Parish, producer of Party, Harding spent 15 days recording and 10 days mixing at Rockfield Studios, Monmouth and Bristol’s J&J Studio and Playpen. From the bold strokes of opening track ‘Fixture Picture’, there is an overriding sense of an artist confident in their work, with contributions from Huw Evans (H. Hawkline), Stephen Black (Sweet Baboo), drummer Gwion Llewelyn and violinist Claire MacTaggart broadening and complimenting Harding’s rich and timeless songwriting.

Joined by a new 4-piece band, Aldous Harding began a string of US dates with a sold-out show in New York City on Monday night. Brooklyn Vegan called the performance “flat out amazing”, adding “there was a clear connection between her and the audience, who were pin-drop quiet and hung on every note.” The European tour starts next month with a sold-out Berlin show on May 12 followed by 8 sold-out dates in the UK. Festival performances include Primavera (Barcelona and Porto), Green Man Festival, Roskilde and This Is Not A Love Song. Full tour dates here. 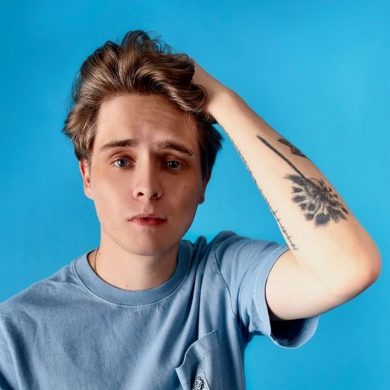