ONLY SUN are back with a vibrant new single just in time for Summer: ‘It’ll Be Alright’. 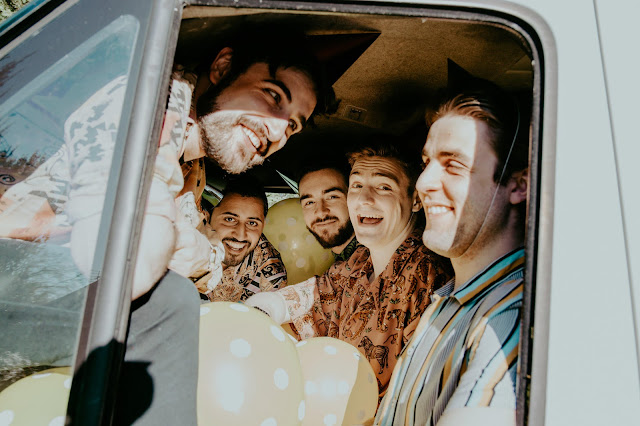 Marking a return to their effervescent indie-pop roots, the outfit’s new cut finds them in wide-eyed anticipation of those long hot days on the horizon.

Initially written one drab, rainy day in High Wycombe as the band found themselves daydreaming of Summer, the five piece set about penning a track that would beam straight through the gloom and transport them there sooner. With the quintet hitting upon a shared belief that simply: “life is just better with a little sunshine”, their sunny-side-up outlook in turn began shape the warm palette of sounds and words found to radiate from their latest studio recording.

Speaking about the seasonal subject matter of “It’ll Be Alright”, Only Sun say:

“It’s amazing what a bit of sun does to our mood. One flash of blue sky and suddenly musings of roadkill and slugs are replaced with fantasies of pub gardens and sangria. Suddenly all your cares are washed away as you drink in the sun and revel in the summertime. Let the sweet taste of sun engulf you and just know It’ll Be Alright.”

Laden with the same refreshingly optimistic outlook and good time vibes that have seen Only Sun winning over audiences across the nation left, right and centre in recent months, “It’ll be Alright” will be released on the brand new CLOSEUP Label on 27th June and is destined to go down among fans like a Mr Whippy on a blazing hot day.

Making a case for being one of the hardest working band’s on the indie scene right now, Only Sun ambitiously delivered 12 top-drawer singles in 12 months in 2018 alone (racking up over 1.6 million Spotify streams in the process), before making their debut on the CLOSEUP label in 2019 with the sensational ‘VICE’. Frequently found in tastemaker playlists including The Indie List, Hot New Bands, New Music Friday UK and earning praise from BBC Radio 6 kingpins Steve Lamacq & Tom Robinson, and from Clash Magazine (who praised the band as: “five dreamers who want to make music that really says something”) and across the wider blogosphere, word is beginning to spread like wildfire about this intrepid indie five piece. And with a string of high profile sold out shows to their name across the UK in 2019 already, it’s clear that this band’s time in the sun is now.

The release of ‘Alright’ follows the confirmation of a recent tour slated for Autumn 2019; a string of dates that will see Only Sun play their biggest UK Headline shows to date. Full dates and details below: 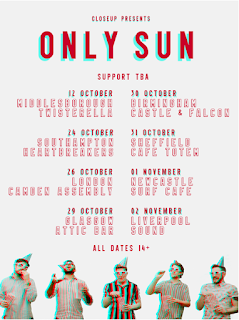