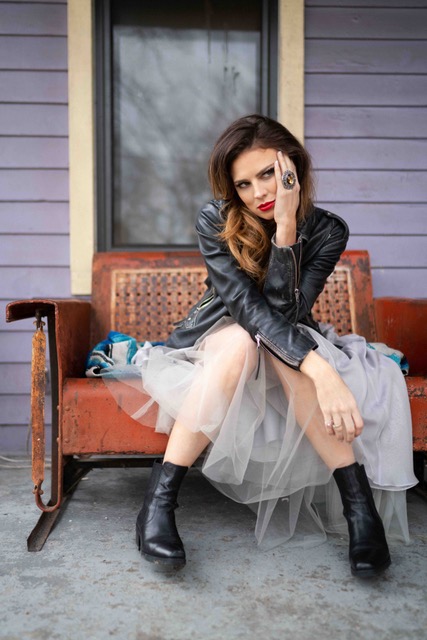 Following a sold-out headline show at The Lexington, two phenomenal Country2Country shows at London’s O2 Arena and the release of her debut EP earlier this year, rising artist Twinnie has revealed her new single ‘Social Babies’ impacting August 16th on BMG. The track is taken from her debut album, set for release in early 2020 and has been added as a New To 2 featured record on BBC Radio 2.

Produced by Pete Hammerton (Little Mix, One Direction, Britney Spears) and written about the current social world of people living through social media and spending too much time on their phones, ‘Social Babies’ is another catchy country-pop gem from Twinnie. Speaking of the track Twinnie said “I wrote this song from the perspective of my friends and family about me. We live in this social media age which is very different to the one I grew up in. It can be a dangerous place.” She continues “There is pressure to look a certain way, act a certain way and portray “a life of riley” when sometimes it’s not a true representation. I think we can all be victims of this online culture. I certainly experience it, from the effects on my relationships to my self esteem.”

Named by Rolling Stone as one of the stand-out acts at the 2018 Country2Country festival and in Billboard’s Hotly Tipped ‘Ones To Watch For 2019, Twinnie was always destined to be a performer. Spending her formative years in Yorkshire singing, writing, acting and travelling to her beloved Nashville to soak up the knowledge and learn the craft she is definitely one not to be missed in 2019.

Twinnie heads out on a run of UK dates with Lauren Alaina this July and will play Nashville Meets Country Festival in London on July 27th, as well as The Long Road Festival and Blackpool Winter Gardens Festival in September. Tickets for all shows available HERE

In the process she developed a sound all her own and delivered spellbinding performances at the Country2Country Festival among others and received glowing praise from Rolling Stone, Billboard, and other tastemakers

She also has enjoyed success both on the West End stage with the West End musicals We Will Rock You, Rock of Ages, and Footloose and on the screen with a small role in the acclaimed film The Wife starring Glenn Close.

She’s also recorded with Ed Sheeran signee Jamie Lawson and co-wrote “Black and White” and “First Flight Out” on The Shires’ gold-selling Brave, as well as co-writing with Kylie Minogue amongst others for their own artist projects’.