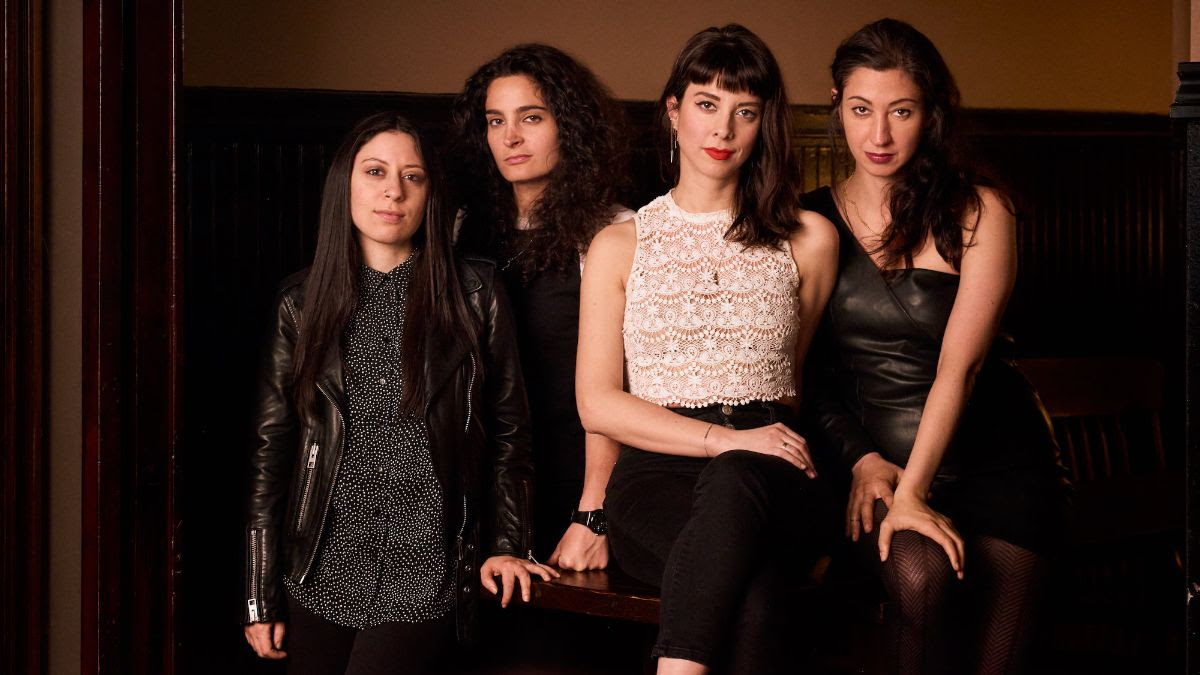 On the heels of a nonstop year of performances that landed them on Oh My Rockness’s list of New York City’s Hardest Working Bands of 2018, Desert Sharks are releasing their first full-length album. Baby’s Gold Death Stadium juxtaposes elements from iconic ‘90s bands Sleater-Kinney, L7, Veruca Salt, and Toadies with Desert Sharks’ own musical history. Named for DIY venues and small stages they’ve regularly played over the years, the album is an edgier, more organic effort from the Brooklyn-based foursome.

Baby’s Gold Death Stadium showcases their guitar-driven brand of grunge-garage punk as a perfect synthesis of their individual talents. Charged by guitarists Stefania Rovera and Sunny Veniero’s fiercely relentless compositions, the LP is grounded by formidable rhythms from drummer Rebecca Fruchter as well as the introspective songwriting style of bassist and lead singer Stephanie Gunther. Gunther mined her experiences with everything from anxiety to social archetypes for subject matter. “Sorceress” embraces personal power and challenges the dismissal of the aging woman, while “I Don’t Know How to Dress for the Apocalypse” reflects on the general anxiety of younger generations as they grapple with social and environmental concerns in a divisive political climate. “Dating?” is Gunther’s real-life plea to Veniero, who kept getting back together with a toxic ex—“You know she’s bad for you. / Don’t make the same mistake.”

These three advance singles are part of a 12-track LP that, in trademark Desert Sharks’ style, clocks in at a brisk 35 minutes. Baby’s Gold Death Stadium was recorded live in a Brooklyn basement studio straight to tape and then dumped to digital for a gritty vibe.

It’s a sound Desert Sharks has been fine-tuning since finding each other through a trio of Craigslist ads that quickly led to their self-titled debut EP. Their follow-up, the garage-pop-inspired Sister Cousins, was recorded at Brooklyn’s Converse Rubber Tracks studio. The following year they released Template Hair, a heavier EP that landed them a spot on tour with SWMRS (f.k.a. Emily’s Army), playing venues throughout the East Coast, New England, and the Midwest.

The album was recorded at Spice World by Jordan Lovelace. Mixed and Mastered by Jonathan Schenke. In support of Baby’s Gold Death Stadium, Desert Sharks will return to the road in the fall of 2019.