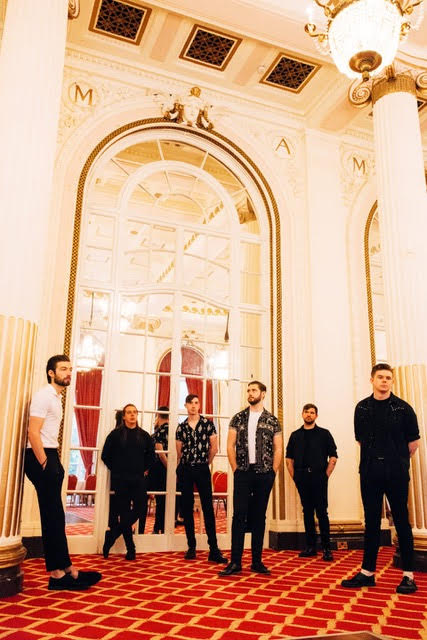 Releasing their magnificent debut album ‘Matador’ to critical acclaim and enchanting the crowds of the UK at bigger and bigger venues – Liverpool six piece RED RUM CLUB – have had a landmark 12 months.

‘Matador’ was recorded at the infamous Parr Street Studios in Liverpool, with added production assistance from Chris Taylor. With lyrics taut with all the grittiness of a high-noon drama and soundscapes bristling with the arid atmosphere of a cactus-studded panorama, Red Rum Club’s debut album ‘Matador’ invites the listener into a world of Spaghetti Western Rock’N’Roll. Packed with swashbuckling song narratives, gripping guitar lines and the trumpeting trademarks worthy of Tarantino’s finest film scores, ‘Matador’ lassoes the listener with 10 potently original tracks gleaming with widescreen ambition. From its Bandito blues to its Alamo allegro, the intrepid originality and knowing sense of adventure of this sextet’s outlaw oeuvre went down a storm with press and public alike.

Lining up some final festival shows at Skeleton Coast in The Wirral (31 Aug), Wilkestock Festival in Hertfordshire (1 Sept), Twisterella in Middlesbrough (12 Oct) and Neighbourhood Festival (12 Oct), the Liverpool sextet will also be squeezing in a full run of headline shows nationwide.