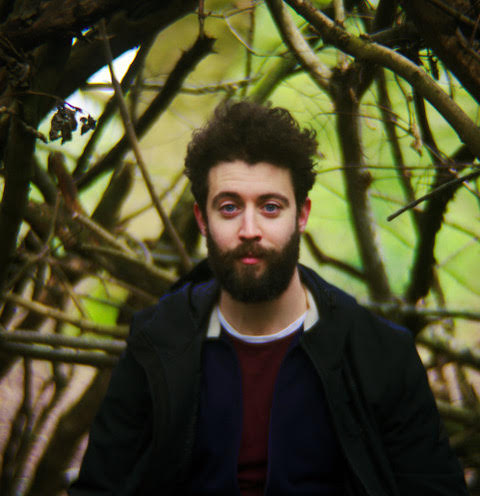 A bewitching cut that expresses an irrepressible notion of feeling overwhelmed, The Elephant, is the second track to emerge from the Manchester collective’s second album ‘RGB’ – set to be released this October on 12″ vinyl and digitally.

Directed by Joko Mono in Heidelberg, Germany, ‘The Elephant’ is also accompanied with an artful new video, in-part influenced by expressionist films of the 1920’s:

Lyrically, ‘The Elephant’ finds Lomax musing on the worldly advice imparted to us by our mothers; so often indispensable, but so often shrouded in oddball expressions that may conceal that moral pearl within.

“Man kann sich nicht jeden Schuh anziehen / Wer über Wasser geht, der muss Barfuß gehn” sings frontman Richard Lomax, a German phrase that heeds the warning: “You cannot wear all of the shoes / Who wants to walk on water must do so barefoot”.

Sung bi-lingually in English and German, the track celebrates Granfalloon’s own pan-European makeup.

Granfalloon, is the musical project of Manchester based artist and producer Richard Lomax. Lomax makes a hybrid of lo-fi folk, experimental music, and electronica – weaving oddball elements, such as Omnichords, acoustic guitars, and vintage drum loops, into dreamy songs and cinematic soundscapes.

Following the release of Richard Lomax’s ambitious solo album ‘Calendar’ in 2015 (an epic 52-song omnibus that compiled the fruits of a song-a-week writing period for the prolific songwriter), he would then turn his attention to a more collaborative project that would become Granfalloon’s acclaimed debut LP ‘Down There For Dancing’ in 2017. Two years later, Lomax & band are now preparing its follow-up: ‘RGB’ (or Red Green Blue) for release this October.

The new album, ‘RGB’, was recorded in Manchester between John Ellis’ Limefield Studio, WR Audio, and their own studio, The Dogan. They worked with producer Andrew Glassford (One Little Atlas), and Australian electronic artist/producer Jack Prest (Jonti/Sampa The Great), with Lomax producing as well. Liverpool star Natalie McCool also provides guest vocals on the track: ‘Objects of Love’.

Seamlessly weaving folk and electronica into rich and intricate compositions, Granfalloon has received praise from the likes Richer Sounds and Q Magazine who hailed the outfit as Artist Of The Week respectively, not to mention garnering consistent radio support from BBC Introducing in Manchester (who recently premiered new single ‘The Elephant’).

No strangers to big stages, Lomax has been invited to play shows alongside the likes of We Are Scientists, Frightened Rabbit, Emma Pollock, The Burning Hell, and The Wave Pictures. Now, after a Summer of high profile festival shows inc. Dot To Dot and Bluedot, plus a European tour that has seen the band play to the crowds of Germany, Belgium, France, and Italy; Granfalloon will be touring ‘RGB’ with a string of UK shows across the nation. Full dates and details can be found as follows: