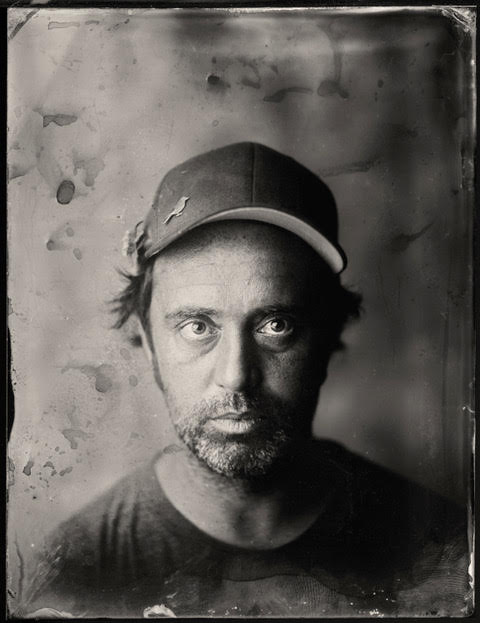 Beans on Toast’s new album, “The Inevitable Train Wreck”, is something different for the cult songwriter – an upbeat, old-school rock ’n’ roll record about the worryingly bleak future of the human race, recorded solely on vintage, analog equipment.

Taking inspiration from musical icons such as Chuck Berry and Otis Redding, as well as modern thinkers like Noah Yuval Harari and Greta Thunberg, the album is a collaborative project between Beans and Lewis & Kitty Durham from the much-loved family band, Kitty, Daisy and Lewis. Beans wrote the collection of songs and brought them to Lewis and Kitty, who then rewrote the music behind the lyrics and produced the record in their studio, “Durham Sound Studios”, changing the sound from acoustic folk to the wonderful piece of work we present to you today.

The intention of the project is probably best illustrated by the opening number, “World Gone Crazy”, a fast-paced, classic rock ’n’ roll tune with lyrics that claim: “On the brink of extinction in the age of anxiety everywhere you look is another catastrophe.”

Not one computer was used in the recording, mixing or mastering of the album, which is oddly fitting for “Saying Thank You to Robots”; a ska-tinged song about the rise of artificial intelligence. Elsewhere on the album, you’ll find a blues number about the wars of the future, “Rich vs Poor”, and a Kinks style jam, “Extinction No.6”, about the worries faced by new parents leaving a wrecked planet for their children.

The album has an overarching theme, but it’s by no means a concept album; it’s simply a case of what’s been on Beans on Toast’s mind this year. There’s even a song about the day he lost Martin his faithful guitar and, of course, a love song about his muse and wife, Lizzy Bee.

The album closer, “On & On”, takes us back to a more familiar Beans sound – he’s back on the acoustic guitar and back searching for hope with an optimistic smile. Yes, these are troubled times we live in, so it’s more important now than ever to celebrate what we already know to be good.

“Life is ridiculous, it is hilarious, it can be dangerous and sometimes even tedious. But it’s resilient and it is beautiful and I believe in it. Long may it continue”

Talking about the album Beans said:

“Lewis and Kitty are musical geniuses and I’ve never known anything quite like it. I was singing into a microphone that Lewis had built himself, that was plugged into a whole array of vintage equipment he’d salvaged and saved over the years, which then all went into a mixing desk he’d built out of an old piano lid. On top of knowing how to build this equipment, he knows how to use it all and after presenting him with my songs, he had a clear idea of how he wanted them to sound. This sound was brought to life by Kitty, who played guitar (built by Lewis, obviously), bass, drums, percussion and harmonica throughout the record. One of the most soulful musicians I’ve ever had the pleasure to work with. Every note she plays oozes with feeling. She makes it look so easy!”

“My last album was about the world on my doorstep, mainly focusing on the birth of my daughter and my family life. For this record, I turned my attention back out towards to world, and it didn’t look good. The 6th mass extinction of life on earth, divisive politics, the rise of Artificial Intelligence. It was all looking pretty bleak to be honest, and that’s what I started writing about. If the songs were gonna have this apocalyptic outlook, I figured it would be better to present them in a happy way, and came up with the idea of making a rock ’n’ roll record. Soon as the idea struck I knew who to ask. I’ve been a fan of Kitty Daisy & Lewis for a long time and first met them back in my Nambucca days when they were kids. Fate came into play and I bumped into Lewis on a train last year.”

“So much love has gone into this record. I’m proud of it and hope you folks enjoy it before everything goes to shit.”

The album will be released on 1st December on Beans’ own imprint BOT Music and will be his 11th studio album.

Around the new release, Beans will also be embarking on a mammoth 25 date tour across the nation throughout the Winter. Catch him playing songs from ‘The Inevitable Train Wreck’ and highlights from his huge back catalog at the following UK venues from 4th December 2019 and into whatever 2020 brings: 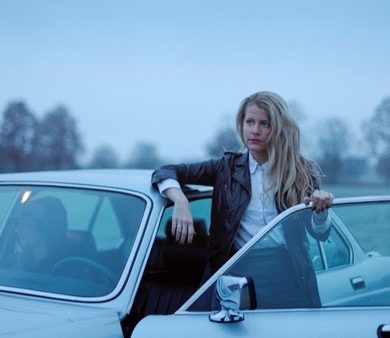