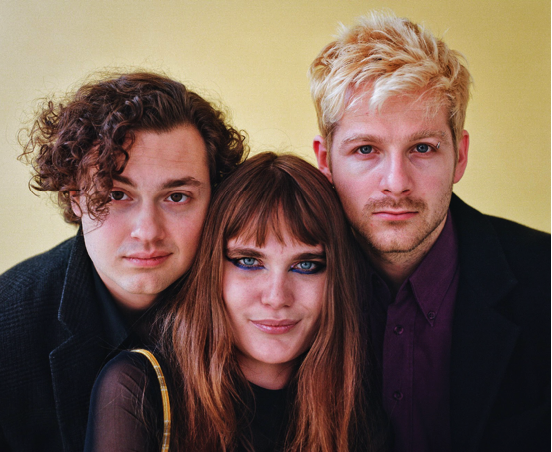 CALVA LOUISE are delighted to lift the lid on a brand new video for: ’Belicoso’.

Directed by friend and videographer Bart Jones, the ‘Belicoso’ video matches the pin-balling fury of their irrepressible latest single with visuals equally as melon-twisting.

Scorching your eyeballs with a scatter-gun series of maniacal experiments at the hands of some of the most terrifying children you’re likely to see this side of Halloween, the new video takes us into a laboratory of pure parentally-unsupervised chaos. With rampant kids giving adults a taste of their own medicine, it’s fair to say this is a version of Get Your Own Back that definitely wouldn’t meet BBC guidelines.

Inspired by the literal Spanish definition of ‘Belicoso’ (or “lairy” in English), Jess Allanic explains the train of thought that led to the new video’s creation:

“The idea of the video came from the experiences that some people might undergo in their daily lives. We were thinking that diminishing the rudeness of living a mundane life could create a somewhat comedic experience… Then it occurred to us to interpret a scientific adventure, where the characters reach ridiculous extremes looking for a result: the anger that makes us “lairy” (produced by an inverse situation to what is usual, where the children victimize the adults instead) creates energy, that when generated, produces a kind of power through laughter. It is as if the children give the adults a spoonful of their own medicine!”

As their current single ‘Belicoso’ has already been taking the airwaves of Radio X, BBC 6 Music and BBC Radio 1 by storm, with Jack Saunders recently hailing the track as: “an absolute monster!”. The track will feature on a brand new EP ‘Interlude For The Borderline Unsettled’, to be released via Ditto Music this Autumn via all digital platforms.

Blending English and Spanish, ‘Belicoso’ marks a thrilling and experimental new direction for the band with the track produced and mixed by Tarek Musa (Spring King, Dead Nature), and arrives as their first new material since their critically acclaimed debut album ‘Rhinoceros’ back in February.

After a summer of scorching live sets at major festivals the likes of Boomtown Fair and Kendal Calling under their belts, the Manchester-based trio now look to let-loose the spoils of a hotly anticipated new EP with 4 UK headline shows in December. Catch the band at the following dates and venues:

This is a customizable subscription pop-up to sign up your visitors to your newsletter
More Stories
Exclusive interview: Over Easy chat to us about inspiration, blending genres and what the future holds for this dynamic duo