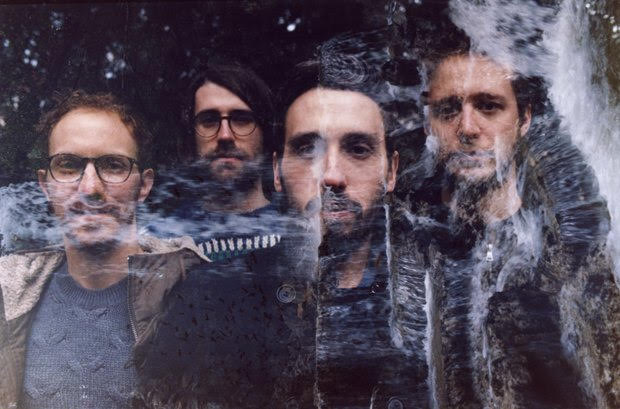 Following a meeting of minds at a recent London show together, the two artists have collaborated on the pulsating, glitch-tronica indebted remix we hear today.

‘Supernova’ was released earlier in 2019 as the single to be taken from  Kettle of Kites’ latest album Arrows.

Reworked with a scatter-gun electronic approach reminiscent of the creations of Fourtet or Thom Yorke, the harmonic structure of the original song is turned inside-out to create a dark, hypnotic and rhythmically driven remix. The photo paired with it is another from the stunning series which accompanies Arrows, taken by Carlotta Cardana.

The original of ‘Supernova’ is a complex composition that sees the band utilise organic and electronic instrumentation, with its hypnotic rhythms and twitching percussion providing a playground of sound for any producer to work with.

Preserving the track’s thought-provoking lyrics, the song is based on one of the many imaginative stories by iconic science fiction writer Isaac Asimov. With artists from Kraftwerk to Kate Bush having written songs musing on the potential for love between man and machine, Kettle of Kites carries the torch on with the lyrics of ‘Supernova’. As frontman Tom Stearn explains:

“‘Supernova’ is, in fact, a love story between a robot and a human, but it’s not clear which is the human and which is the robot. It’s a reflection on what love really is, how it affects us and where the line is between the realities and fictions we tell ourselves, between ‘programmed’ feelings and the inexplicable reasons we love something or someone.”

Arrows, the new album from Kettle of Kites is a science fiction concept album that traverses the listener through space, time and beyond. The record features 9 tracks of stimulating post-rock each inspired by the groundbreaking ideas of Isaac Asimov. Praised by The Scotsman for their “mix of thoughtful lyrics and cinematic instrumentation”, the album was also championed by The Big Issue who said: “Kettle of Kites look to the skies on their second album… Spindly indie rock and pastoral folk arrangements provide a sweet-sounding contrast to the band’s apocalyptic warnings”.

In support of the album, the international-spanning collective will be heading to the UK for two further live shows in Edinburgh and Glasgow this January in which they will perform tracks from Arrows as a full band.