Electronic Pop producer Rigell liberates himself with ‘One chance’ song 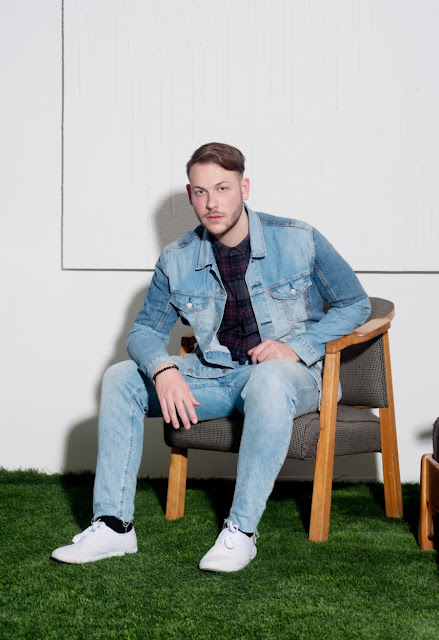 After releasing 8 singles last year, Rigell is back again with a new single titled ‘One chance’ which was released 14 February 2020 via Aureon Records. It received a feature in CLASH Magazine prior to the release. Rijell has worked with good names such as 3LAU, Starkillers, Domeno, and UNEK. The artist received attention from the Youtube community and was featured in popular channels like  Mr Shades and Cakes & Eclairs. Renowned DJ 3LAU has been showing his constant support for Rigell for the past three years by playing Rijell’s remix of ‘It Is Love’ in every single set he performs.

The producer calls himself the “DIY Artist”, as  he composes the music and lyrics, sings his lyrics in all of his songs, and does the engineering and mixing of the tracks. He grew up in Montreal, Canada with his Mom, who had a huge influence on his life path. She would introduce Rigell to musical variations, and her passion for the craft was soon be adopted by Rigell.

‘One Chance’ is a dance track with a unique message for the type of atmosphere a dance track tries to create. It was Rigell’s way of rebellion, to express that you do not have to fit in to stand out. The song is personal to him, and it explores liberating yourself from your fears and doubts and persevering. Rigell elaborates on the creation of his track, “I crafted this song on and off for over a year. It represents the battle that many artists deal with. There is this voice deep inside of you that tells you you can make it, that you got what it takes and to remain patient. Then you get stuck into self-reflection, questioning… and wonder if you’re being unrealistic or if you’re really up to something good.”

This is a customizable subscription pop-up to sign up your visitors to your newsletter
More Stories
Experience ‘Flex’ by Shookrah, Ireland’s genre-defying experimental-pop quintet