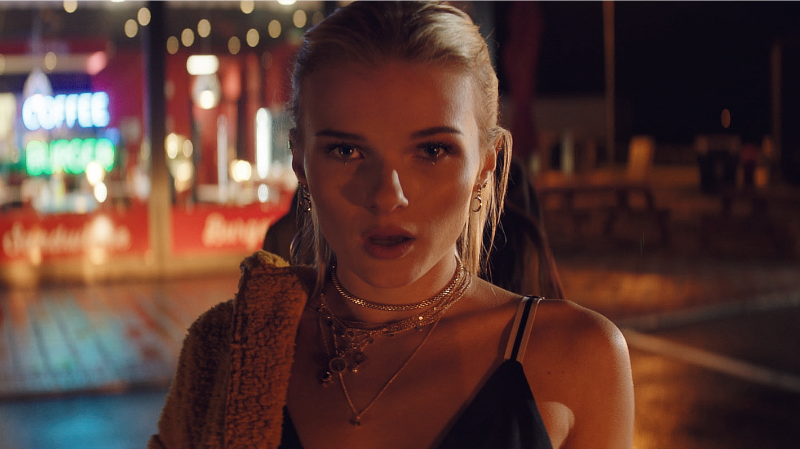 Pop darling on the rise Nykki turns her most recent bop ‘Lost My Mind’ into a dance anthem with the help of producer/DJ/songwriter Leon Lour, out now.

“If you have a broken heart or you just got over someone and you are at a party, this is the song for you”, said Nykki, “I couldn’t imagine this song being remixed but I was happily surprised how Leon turned it into an empowering dance anthem. I would be so happy to hear this remix in a club”.

Since debuting last year with the shimmering electro-pop single ‘No Cry’, the Czech-born artist has rolled out a string of bops which catapulted her into the international pop world, with Billboard praising her “commanding vocals”, giving their seal of approval to her debut video, which has clocked up over 1 million YouTube plays to date since premiering on the world’s most influential music media brand last July.  Whilst the single’s remix by Leon Lour peaked in the UK Commercial Pop Top 30 Club Charts at number 13.

Her second single ‘Lost My Mind’, which official music video has now surpassed 1 million YouTube views, has seen the support from the likes of Wonderland Magazine, among others. Featuring the artist as their ‘New Noise’, the new culture bible wrote how Nykki is “showing the extent of her range with every release”, whilst the recently released acoustic video version of the song was premiered on the world’s foremost authority on pop music Popdust.

Nykki is one of the most promising pop artists out there, and with new music in the pipeline proving that she has a clear chance at reigning as queen of pop music in the coming years.