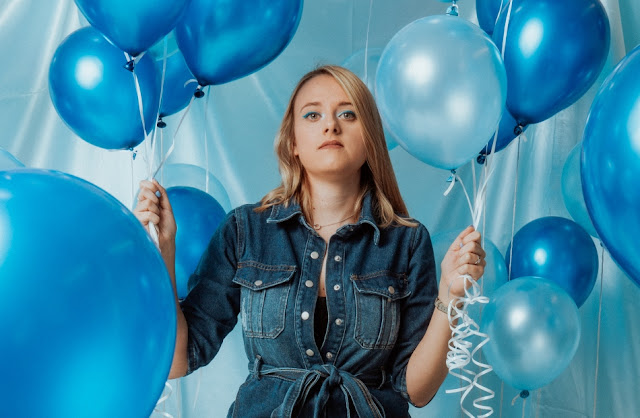 UK songstress Becky Bowe shares her monochrome blue music video for her single ‘Don’t Darken My Door’ via Two Bridge Recordings. She is the winner and face of BBC’s Pitch Battle 2017. She is also performed alongside world-renowned musicians like Will Young and Kelis.  Bowe has years of history with the BBC, performing for BBC Introducing York, and as a backing vocalist on BBC shows This Is My Song and The Choir. Her single ’That’s How Love Works’ ranked number 9 on the UK iTunes Singer/Songwriter charts.

Becky grew up in the small town of Knaresborough, and started singing as young as 14. Years later, Bowe has made multiple television appearances and has performed with some of the best international acts around. At present, Becky is working on her new EP at Steelworks Studio, scheduled for release this Summer 2020. Her music features smooth R&B with soulful elements, she cites the work of H.E.R. and Daniel Ceasar as highly influential to her style.

Speaking of the music video, Becky Bowe tells us, “My idea for the video was to have the balloons representing thoughts and feelings about this said relationship and for me to release them by cutting them loose, letting them go and popping them so by the end I become free from the cloud over my head. I wanted to keep in with the light blue theme as I think it really compliments the chilled vibe of the song. The video would have never been what it was without the help of Declan Creffield who was the director, Milly Hewitt as set designer and Dana Cole for makeup.”