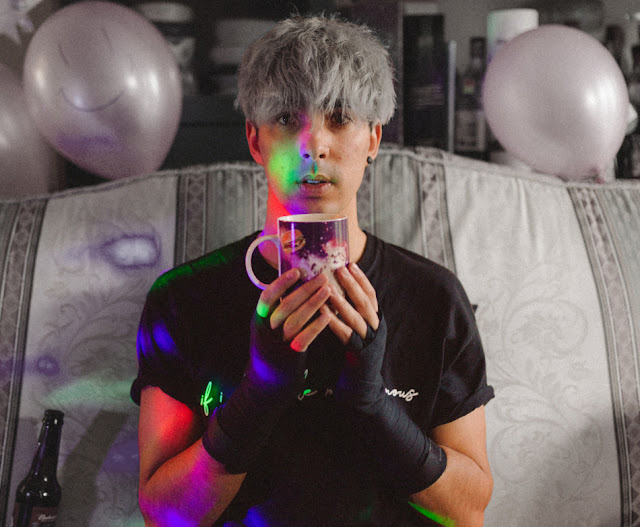 Cameron Sanderson is making waves with his music, to date, his music has been streamed over 5 million times on Spotify alone and 15 million views on Youtube! He is the winner of multiple awards including the Silver Award for Best Male Singer 2019 from ISSA International, Best Unsigned Male 2016 from Best Of British Unsigned Awards and Winner of YouTube Next Up Award. A total of 18 Sanderson singles have featured on BBC Radio; including BBC Introducing London and BBC Introducing Midlands. He was also a judge on the BBC One show ‘All Together Now’.

Sharing the truth on the single Cameron Sanderson tells us, “Leaving an abusive relationship I could only see grey emotionally. The relationship was wrong… but at least it had colour. Seeing in black & white was the only way I could stop myself from going back, otherwise, the colours would just blur. Full of oxymorons & witty one liners this track is exactly that.”