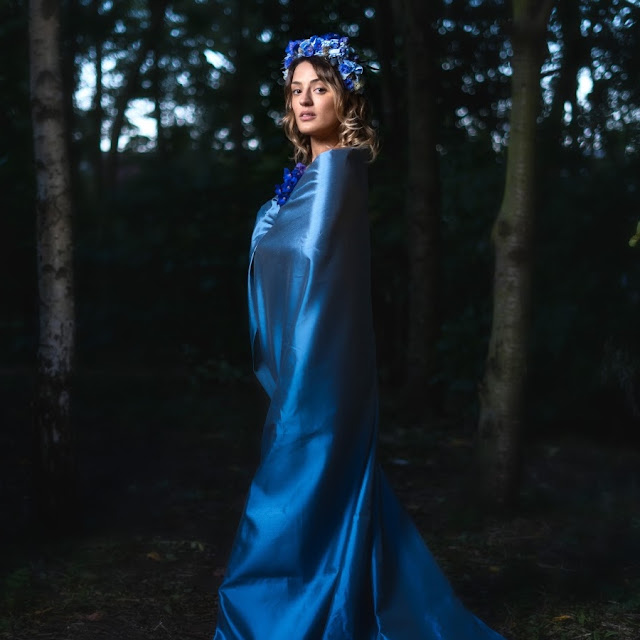 Singer-songwriter Lisabel has released her music video for her single ‘A Work Of Art’.  Lisabel was born and raised in Italy, but moved to the UK with her family in 2013. She would follow a musical career path, beginning her her journey at BIMM London. The songstress likes to take an individualistic approach to her sound and style, but has cited inspiration from  Nai Palm (Hiatus Kaiyote) to the more classic influence of Aretha Franklin.

Lisabel talks about her creative direction in the video us, ‘With this video, I wanted to create an ethereal atmosphere, I wanted to be the only character so that the intimacy of the song would sink in even more. The lyrics talk about a person I fell in with who I see as a work of art but I wanted to depict myself singing this song intimately to the recipient inside a floral frame which highlights the natural and earthy painting or ‘portrait’. In the first chorus, two sets of shadow hands are visible. The idea was to take some lyrics which are written as metaphors (even the shades won’t turn to grey) and represent their real meaning ‘even your flaws or mistakes won’t make me stop loving you), which is why the hands sweetly embrace. Towards the end, I leave the apartment to move to a purer place and state of mind, the outdoors and the sunlight which represents the happy ending’

Lisabel strongly hints further at another significant other being in her life, with her direct eye contact with the camera making the video more intimate and personal to her. As well as close-ups capturing her features and body create sexual undertones.