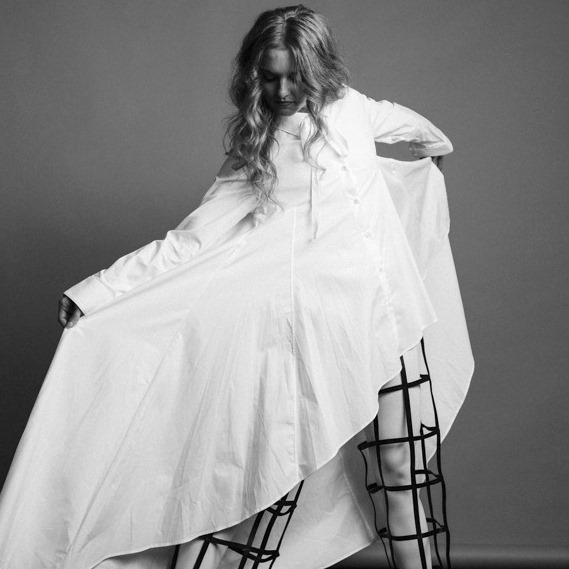 There’s a reason we’re so easily captivated by stories starting with serendipitous meetings: Just like the people involved, we never know where they might lead.

In Chelsea Pribble’s case, a 30-minute plane trip led to her first solo EP, the autobiographical concept album Second Movement. On its seven beautifully rendered tracks, the singer, songwriter, and pianist peers into the darker depths of her life and relationships, while facing the reality that time has stolen her lifelong dream of dancing with a top ballet company.

On that flight, Pribble met Andrew Allen-Aguilar, owner of then-dormant Sea Change Records (Alpha Rev, Johnny Goudie). He decided to record what was supposed to be three of her songs, with spare instrumental backing. But with Lars Goransson producing and engineering, they wound up cutting seven, several with a full band featuring Billy Harvey on guitar, bass, piano and synthesizer; Daniel Jones on drums; Pribble and Derek Morris on piano; and the Tosca String Quartet, arranged by Christopher Cox.

Though she describes herself as a contemporary singer-songwriter (with ethereal vocals influenced by Norah Jones, Over the Rhine’s Karin Bergquist and, less overtly, Dolly Parton), Pribble’s songs contain rich orchestral structures evoking images of a tutu-clad dancer executing perfect arabesques in a majestic theater. She attributes her classical influences to the ballet and vocal training she received in Switzerland, where she spent some formative years; she also earned a degree in dance from the University of Texas.

Her music also sounds as if it’s designed for dance because, Pribble says, “It’s nearly impossible for me to separate my dance brain from my music brain, so I often find myself writing songs I can imagine choreographing dance pieces to.”

In fact, Second Movement has evolved into a multi-media project incorporating dance videos choreographed for each song. Pribble is also recording a full-length album, one likely to reflect the optimism of her new dream: a future that combines all of her talents.