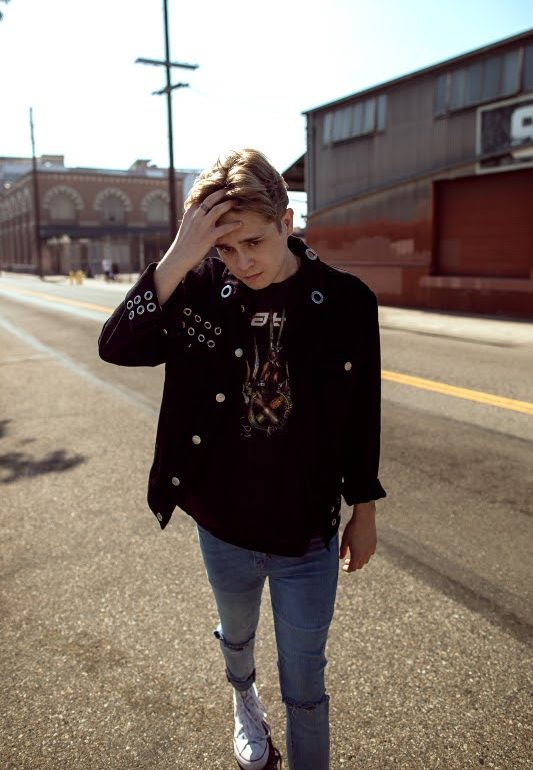 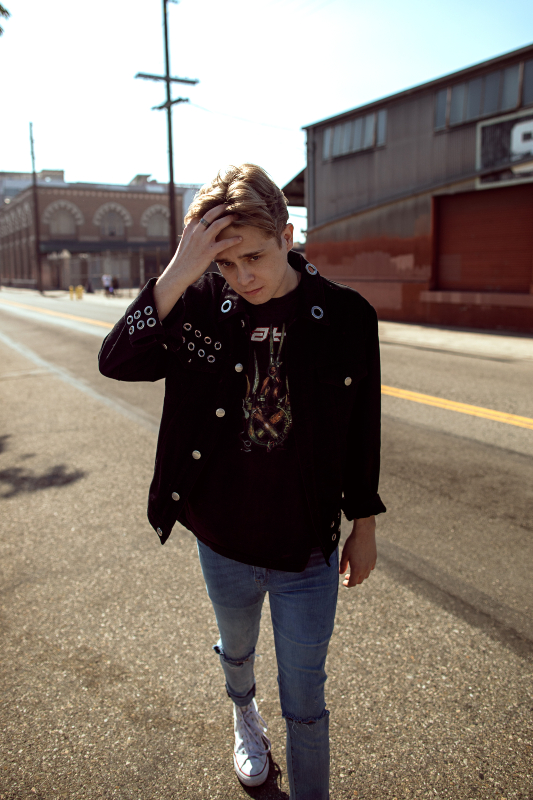 For some, giving a drum set to a two-year-old would be considered a risky move. For others, it can be life-defining. The later was the case for Devin Kennedy, a Pop/R&B artist from Los Angeles, CA. Fast-forward to several years and you would find Kennedy studying at Berklee College where he learnt to combine his love for singing, writing, & producing. A few years later, you can find the signs of listeners really sitting up to take note of the artist, in the forms of being voted Hollywood Music In Media’s “Best New Emerging Artist” as well as hundreds of thousands of plays across streaming platforms.

Find out more about the rising artist in the exclusive interview below.

Looking back, what were some of your earliest entries into music appreciation? And music production?
I grew up in a super musical family and I have some amazing musical memories from my childhood. My dad brought me into plenty of studio sessions where I met some of my first collaborators and when I look back, I think those connections are the reason I’ve been able to grow my career and get better as a writer/producer.

What are some of your key musical influences?
From a songwriting perspective, John Mayer is my biggest influence. In terms of production, I love Jon Bellion, Jeremy Zucker, Lauv, Bazzi and so many others. I also grew up listening to All Time Low, Fall Out Boy and more – you don’t hear much rock influence in my music these days,  but it’ll always be a part of me.

If you could paint a picture of your unique sound, what would it look like?
If we want to get really descriptive, I’d like to say I make left-of-center, R&B, California Sad Pop. Pop forward/memorable melodies and lyrics over dreamy R&B tones combined with unique sounds and rhythms that are just a little stranger than most pop songs.

Take us through your songwriting process. Are there any particular steps you take when putting music together?
I’m all about melody. I’m trying to write the catchiest thing possible and then pair lyrics with it. I write this way because I love pop music and I think there’s nothing more important in a song than a really memorable melody.

What gets your creative juices flowing?
I love listening to other music, going on walks and thinking about song concepts/ideas. Also, co-writing and sharing that creative process with other people is the most exciting to me.

As an artist, it becomes apparent that there is a huge difference between the art and the business. Is there anything about the music scene that you would personally change?
I think music is in an interesting place right now. Any artist has the ability to create, release and promote their tunes everywhere, which is amazing. For so long artists were at the mercy of labels, and now so many successful artists have chosen to stay independent. On the flip side, with so much music out there, it forces you to be creative on the promotion/visual side so you can stand out. It’s a tough game. Would I change it? No, probably not, I love thinking of unique ways to reach new listeners and keep things exciting for my current fan base.

Tell us about the chemistry you have with your fans on stage.
The whole reason I learned to write and produce is because the dream is to tour and play for fans. It’s the best feeling ever when people know your songs and are excited to see your live show. It’s such a special bond. It honestly goes beyond the music. I’ve read about how singing together / bonding with people in one room over a combined love for art creates a kind-of chemical reaction in the brain that makes you feel happy and connected to each other.

What is the most memorable response you have had to your music?
I was leaving a venue one time and a fan asked for a picture, as we were saying our goodbyes she mentioned how she had recently discovered my music and every song I had played that night spoke directly to her personal situation and how she just wanted to thank me for making music because it helped her through tough times. That’s one time that comes to mind, and it’s unbelievable that I can write about my life in my house and put it online and actually effect people’s lives in the process. This is the best job ever.

What would you like to achieve with your music? What does success look like to you?
I’ve always said, I just want to reach and effect people. It’s not about the size of venues I play, or how many streams I have, though I’ll take what I can get :). I’ve tried my hardest to detach from results and focus on the art. Success to me is continuing to do this and reach as many people as possible.

Breakdown the news for us: what can we expect from you in the near future?
A lot more music this year!

Famous last words?
“Famous Last Words” is one of my fav My Chem songs. Not the answer you were looking for, but definitely the answer that you needed.