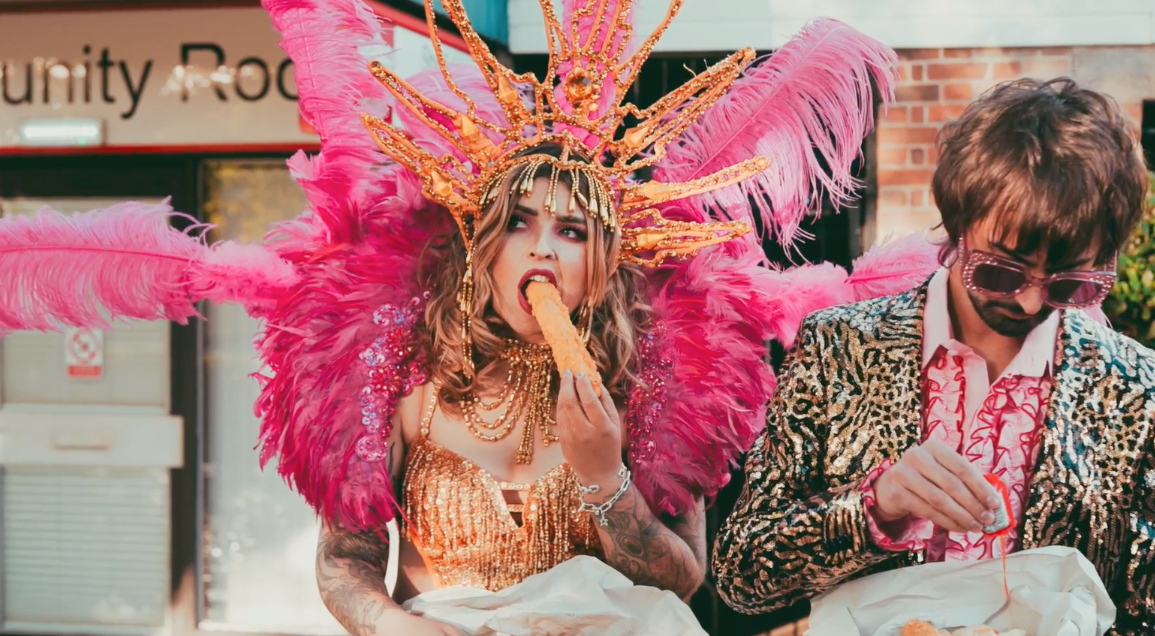 The exquisite new duo Sunny Bones have released their debut single ‘Be Cool’. Introducing their unique blend of dream pop, Americana and indie, the song examines self-worth and identity with seductive vocals and a healthy dose of slide guitar.

Humorously embracing the theme of being comfortable in oneself, the video celebrates the oddities of humankind while nodding to the band’s musical influences in the US. With the beautiful juxtaposition of a mundane existence in Norfolk lived in a riot of Cirque du Soleil costuming, it captures atmospheric bike rides in suburbia, building sandcastles on the beach and swapping fine dining for the local chippy.

Regarding ‘Be Cool’ singer Helen Anderson says, “‘Be Cool’ is about a time in my life where someone close to me had a constant battle of being themselves, changing in front of others to fit social situations and desperately trying to please. The resolution would have been for them to know that’s what they never needed to do.”

Sunny Bones are Helen Anderson and Ben Asker. The pair came to know each other through their previous band Box Of Light whose past incarnation saw them play festivals such as Latitude, Green Man, Secret Garden Party and more.

When those days were over, Helen and Ben decided to collaborate on a sound that they thought was more to their taste. Giving less of a damn about what was ‘cool’, they wanted to create music they both loved, but which reflected on real experiences of growing up and relationships in your 20s.

By editor
In NewsReviews

Having similar music tastes and enjoying acts such as Alvvays, Daniel Romano, Julia Jacklin, Best Coast and Zephaniah O’Hora to Dolly Parton, The Beatles and the whole spectrum of classic rock, they have created a sound that resonates with familiarity whilst creating something new.

Growing up and moving on from their previous lives, Sunny Bones captures the personal growth of Helen and Ben, drawing together their experiences, hardships and self-development through unapologetic lyrics and honesty, laid on a bed of nostalgia from their country roots.