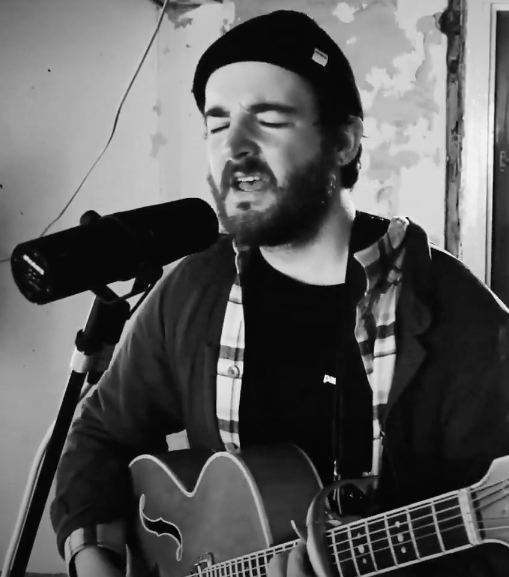 Brand new alt-pop singer-songwriter JAKL is poised to announce his debut release with the arrival of ‘Hear’ released through Lookout Mountain Records. An intimate, heartfelt indie-pop gem fused with JAKL‘s emotive soaring vocals, it offers a message of hope and redemption during these trying times.

JAKL details the track: “We’ve all been separated over the past year and at the heart of this song is the question of whether a really strong feeling or emotion can transcend that distance. I don’t know if this song helped my Dad wake up, but I do know it reached him when nothing else could and that in itself is worth everything”.

Born into a family of musicians, Margate based artist JAKL (Hughie Gavin) songs tackle love and loss with oceans of layered vocals, echoed guitars and piano, his influences range from John Martyn, James Blake and Jeff Buckley to the music of his opera singing father.

He burst onto the scene as one of Glastonbury’s emerging talents a few years back and his ethereal and emotionally charged music lead to several sold-out headline shows. After releasing previous single ‘Shadows’ and touring Europe with Air Traffic, he recorded a live album at Hackney’s Paper Dress Vintage.

As a vocalist you can hear JAKL featuring on the global Audi campaign with his version of ‘I Could Have Danced All Night’ and more recently as guest vocalist on the lead single ‘Self’ on the Top 5 album The Future Bites from Steven Wilson.

In 2020 JAKL worked with legendary label Moshi Moshi to create an album of choir versions of their releases including Friendly Fires, Hot Chip & Florence & The Machines to mark the label’s 20th anniversary.

May 7th sees the release of the new JAKL single ‘Hear’. In January of this year Hughie’s father was admitted to hospital suddenly with Covid. Within hours he was unable to breathe and put on a ventilator and into a coma. The doctors were unable to wake him from the coma and suggested playing him recordings of his own past operatic performances that might help trigger a response.

Whilst putting these links together to play him Hughie wrote a song for him, ‘Hear’. This was played to him constantly and after a few days he woke up and went on to make a full recovery. When he spoke to his Dad for the first time after leaving hospital, he sang Hughie back the melody of the song and said that the music was the one thing he remembered from his time in hospital.