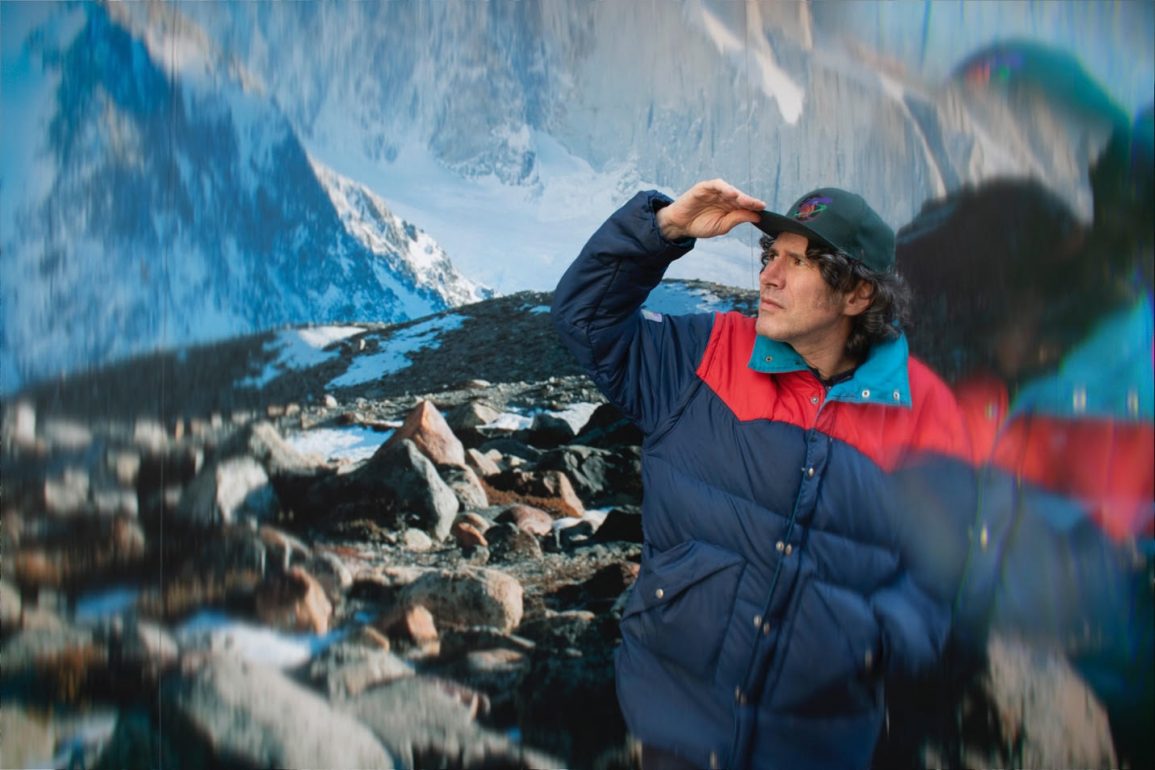 Gruff Rhys has released a new track “Can’t Carry On” and its accompanying video today, from his forthcoming album, Seeking New Gods, out May 21, 2021 via Rough Trade Records. His seventh solo album, Seeking New Gods was recorded in the Mojave Desert, following a US tour and mixed in LA with superstar producer Mario C (Beastie Boys), with beautiful art direction by long-time Gruff collaborator Mark James, who also produced the inimitably Gruff Rhys-styled video for “Can’t Carry On”. The video, which features Gruff climbing both the literal and metaphorical mountain, is a direct segue from the prior video for first single “Loan Your Loneliness”.

According to Gruff, “Can’t Carry On” is about “when reality catches up with delusion and the search for a guiding hand out of a heavy situation”.

Listen to the track and watch the video HERE.

Seeking New Gods started off as a biography of Mount Paektu, an active East Asian volcano. However, as Gruffwrote, he began to reflect on the inhuman timescale of the peak’s existence and the intimate features that have allowed mythologies to be built around it over centuries. Both the mountain and the songs became more and more personal to him as time went on.

Over the past decades, Gruff’s creative output has been nonstop and unparalleled. Part of it has always been about pushing the boundaries of how music is presented and performed, starting with quadrophonic sound system tours as part of Super Furry Animals. For this record, Gruff has partnered with the BBC’s R&D department to create an at-home, multi-device immersive listening experience for fans. It will be the first time the BBC has offered this technology for use with an album. Full details including fan listening events will be announced soon.