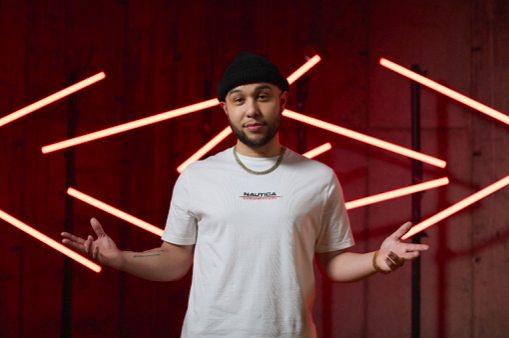 scotts’ recent music-focused fashion content has explored everything from Jamie Webster’s street-level folk to the huge global success of Sam Fender. Now the menswear specialists delve into the world of dance by sharing a new shoot starring one of the genre’s biggest domestic artists Jax Jones.

Photographed in Liverpool’s Kolbox club, Jax Jones’ shoot finds him sporting a range of essential new items from Nautica’s spring/summer 2021 campaign. The artist, producer, songwriter and DJ demonstrates the versatility of the Nautica brand. Casual yet high quality, their clothing is just as fitting behind the decks or on the dancefloor as it is in more laidback environments.

Founded in 1983, Nautica is a renowned lifestyle brand which is defined by an original vision which naturally blends reimagined nautical style with contemporary sportswear. Nautica is a relatively recent addition to scotts’ catalogue of leading brands, but already one of their most popular ranges. A specially curated selection of Nautica products is also included in scotts’ current bank holiday promotion.

Jax Jones has become one of the biggest forces in British electronica since smashing to prominence with a feature on Duke Dumont’s #1 ‘I Got You’. Collaborating with a who’s who of global talent – from Stefflon Don to Martin Solveig via Years & Years and Demi Lovato – his growing track record of Top 10 hits includes ‘You Don’t Know Me’, ‘All Day and Night’ and ‘This is Real’.

Jax Jones returns to the stage this summer to hit select festivals including Creamfields and Parklife. He’s also scheduled to play a short run of headline shows in September.