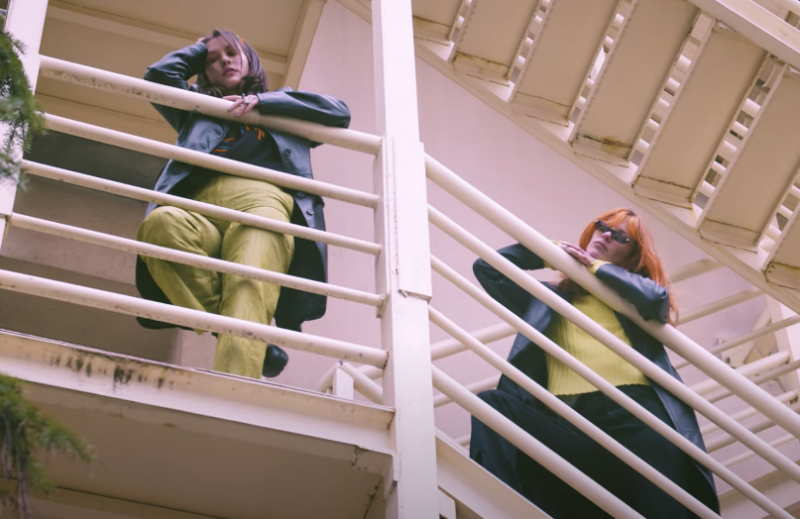 SYTË is a band from Kosovo. Their style is impossible to pigeonhole, though it lands somewhere between alternative R&B and indie-pop. Originally a duo, the group formed back when vocalist Nita Kaja was visiting Prishtina and met future partner and band mate Drin Tashi. Nita left New Jersey to explore her roots, and the duo started working on their first EP together. They have since evolved into a four-piece band, having teamed up with drummer Granit Havolli and bassist Fatlind Ferati. They are known for their electrifying performances and have played a number of well-known festivals like Pop Kultur Festival, Sunny Hill Festival and Localize Festival to name a few. The group has recently released their first album “Divine Computer”. Their record saw international success, even being picked up by a number of major press outlets.

Having been born in the United States, but having spent significant parts of her life in Kosovo, Nita Kaja, lead vocalist for SYTË, is no stranger to the feelings she writes about in the band’s newest single “Up in the Air,” released on April 30th and featuring London-born Qendresa. Without context, the single could easily be interpreted as a break-up song. In actuality, it is Kaja’s “goodbye to the most intense, beautiful, challenging, and growth-inducing four years of [her] life.” Following the release of their 2020 album Divine Computer, this single continues SYTË’s trend of creating vibey, yet intentional music that their fans can either groove along to or find their own meanings behind the lyrics.

Hidden behind vocals and a track that define smooth and easy-to-listen-to, “Up in the Air” addresses the struggle and unsettled feeling of having an obscured concept of “home,” a divided identity. Despite the heavier message, SYTË  doesn’t get lost in the content, managing to make the track just as fun as the accompanying music video, set to release on the same day as the single.

Kaja’s vocals are light and airy, with Qendresa bringing an unexpected edginess and added soul to the “Up in the Air.” The music video follows the group around the city, performed and cut together in a lighthearted way that transforms an intense goodbye into something more reminiscent of a love-note and a thank you.