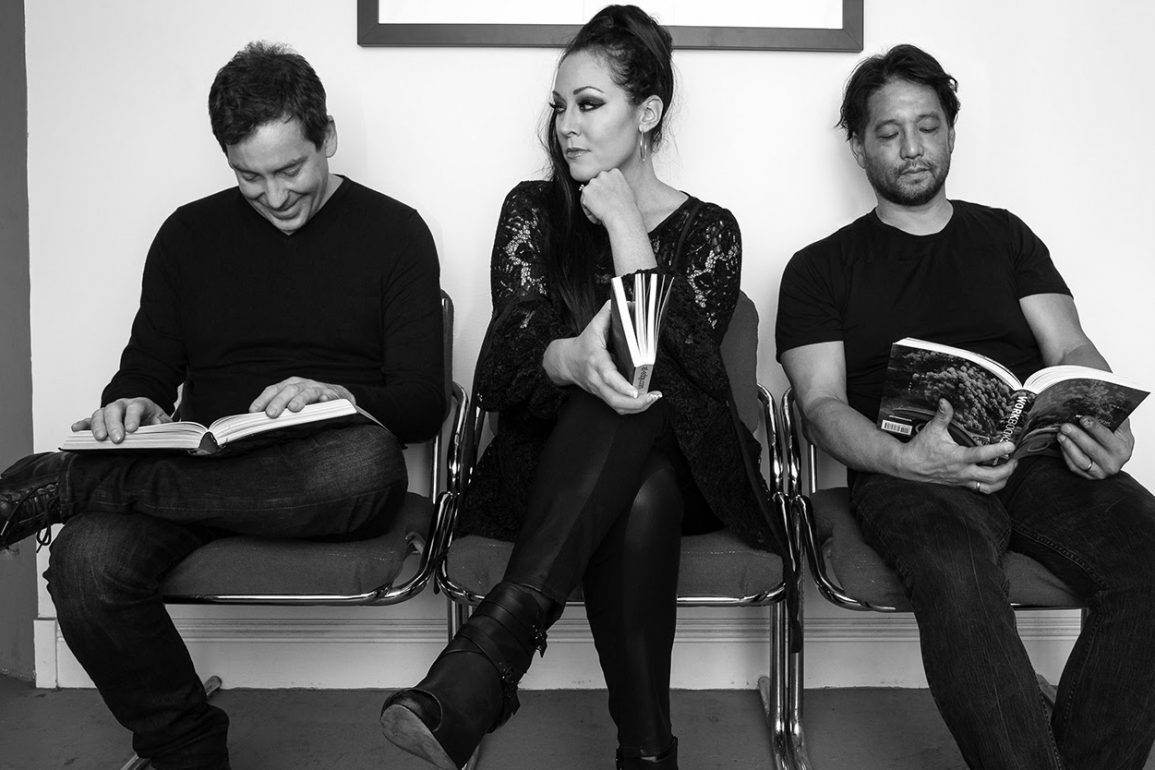 Breaking the mould of traditional pop conventions, trio KARMACODA has released their album Slow Down, Melt and Catch Fire via Sola Musa Music today. Many fans are wondering what a typical brainstorming session in the studio would consist of between vocalists Jessica Ford , Brett Crockett and multi-instrumentalist Eric Matsuno? The trio has been tugging at our heartstrings by producing emotionally endearing pop-infused tracks and videos that break from the norm of their usual trip-hop appeal, calling to mind acts like Sia and Adele.

Honestly, we think it is a bold move for a well-established band to break away from what they know and try a new sound. Some may say it is a risky move as you will lose the original fan base that you have had through the years, but these guys pull off this new sound with finesse and precision. Expect to feel an array of emotions and a newfound love and appreciation for this act. Jessica Ford is an absolute vocal goddess on this album along with versatile musician Brett Crockett. Their noteworthy duet ‘Traps’ will have you singing along with empathy, like every track on this latest album.

KARMACODA continue to remain just as intriguing as their previous offerings with this latest release, probably due to the fact they will always have an undeniable spark in each area of the music that they create. This combination of musicians (Jessica Ford, Brett Crockett and Eric Matsuno) are easy to identify through their elegant structure and vocal layout.

KARMACODA previously featured on Raudio with their ‘Make Me The One’ video and on Muze FM with the ‘Feels‘ video.

This is a customizable subscription pop-up to sign up your visitors to your newsletter
More Stories
Sôra releases entrancing live video of their haunting track, ‘The Grit’