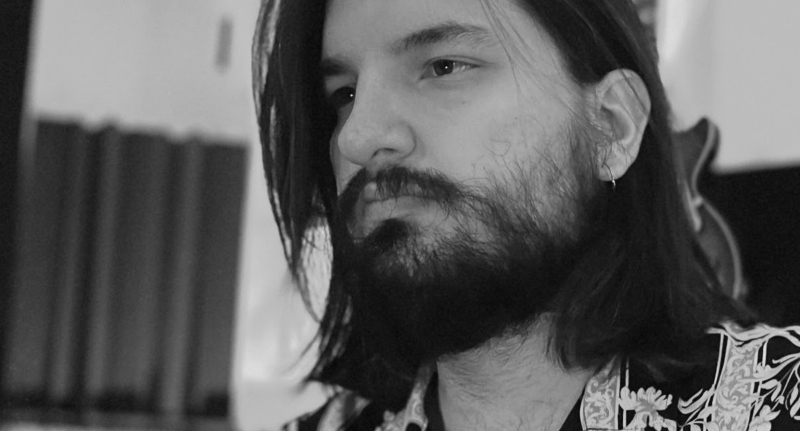 After unveiling his new album RUINS, ambient music producer Mattia Cupelli delights his fans once more with another video for the featured track ‘CHANT’. This single in particular left many fans of the artist’s work surprised, as other titles to feature on this album offering are more rough and disoriented. ‘CHANT’ is an isolated track like the video is in terms of how mellow and gentle it contrasts against the rest of what we have heard thus far.

In the ‘CHANT’ video the camera pans to the ceiling which is adorned with angelic paintings and shapes. The goosebumps start to settle in once the images warp into something else, and you feel like an ominous force is doing so.  Since the release of the ‘CHANT’ single Cupelli has been on the radar of top-end publications like CLASH Magazine, XLR8R and Son Of Marketing.

Always unexpected, one should watch a Mattia Cupelli music video with an open mind and as he always tries a new approach to his craft. With themes of humanity, time and death for this album each video dwells on one of these categories – each alike in terms of gripping visuals.

This is a customizable subscription pop-up to sign up your visitors to your newsletter
More Stories
Lou Doillon shares a brand new track and video, ‘Burn’