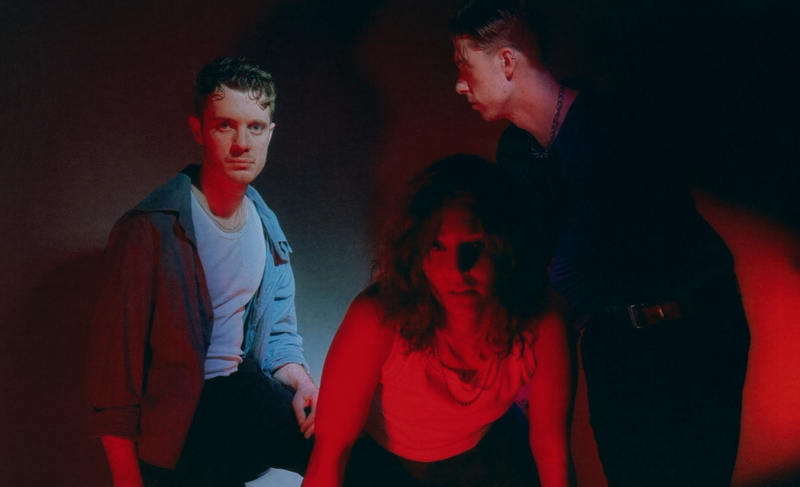 Polo have released a new lyric video for ‘A SOBERING THOUGHT’, the latest track to be taken from their forthcoming debut album A Place Between States out October 22nd. Watch the video here.

‘A SOBERING THOUGHT’ is a poignant down-tempo moment on the bold debut album from the Leeds alt-pop trio. The track features an emotive vocal performance from Kat McHugh matched with delicate piano keys and stark synths from Luke Lount and sparse industrial beats from Daniel Edgell. A liberating explosion of warped synths and pounding beats closes the record with contrast.

Regarding the song Kat says, “‘A SOBERING THOUGHT’ is about recognising when something has run its course and the tough love that is often involved when it comes to letting that thing go.‘I want you to be enough, but I’m not strong enough, to tell you I’ll miss you forever’ was the lyric that informed the rest of the song. I kept revisiting this line because it just had a way of capturing the conflict of emotions going on in my head at that point in the relationship. It was interesting when I unpacked the sentence – it’s a little bit chaotic looking back.This track was one of the hardest to complete, and was done so over a period of two years. The chord sequence was written at a writing retreat back in early 2019. We sat on the idea for months in its basic form and didn’t revisit it until we started writing the album. The first half is deliberately bare, and came together pretty quickly instrumentally. However, the manic outro proved extremely different to orchestrate, and over 10 different versions of the ending were made. The process was often heated and almost cathartic looking back. We feel the song offers a more exposed side of our sound.”

‘A SOBERING THOUGHT’ follows the release of lead single ‘HOLOGRAM’ last month, a dark pulsating R&B-tinged pop track about letting go for the greater good, which received great editorial support in Best Tracks Of The Week playlists from the likes of The Independent, Noctis Magazine and more.

The forthcoming debut album A Place Between States finds Polo seamlessly traversing the electronic pop sphere. Opener ‘ERASE YOU’ is a twisted industrial dipped track with a vocal air of iio’s ‘Rapture’, elsewhere ‘CLUBLIGHT’ takes aim straight for the dancefloor with a hypnotic pulsing beat, seductive vocals and pumping bass.

There are more beautiful sparse moments as found on the title track and ‘WE RECOVER’, which get as close as you can to a ballad on a Polo record while breakout electronic synth explosions are never too far away. This is demonstrated in the warped, chaotic yet ultimately composed pop tracks ‘SPOTLIGHT’ and ‘VISUAL HEART’ reminiscent of the likes of Arca.

“The album has given us the breathing space to explore ideas and concepts we’ve not yet been able to when releasing singles; we finally have space to be ourselves as a band without limitations,” says Luke of their hopes for the forthcoming release. “Every band is defined by their first album; this is us establishing who we are.” 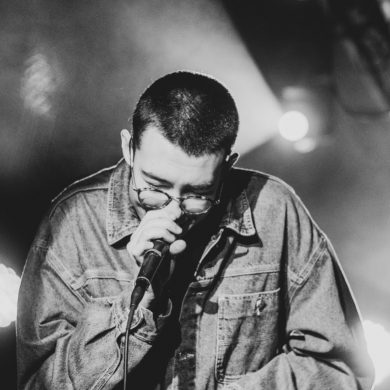